Google maps position the island, named Sandy Island, midway between Australia and French-governed New Caledonia. But scientists from the University of Sydney walka go the area only to find a blue 1,400m (4,620ft) of deep ocean, the Coral Sea instead of land. 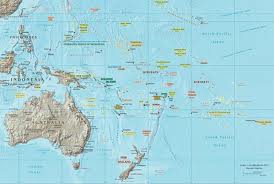 “We wanted to check it out because the navigation charts on board the ship showed a water depth of 1,400m in that area – very deep,” Dr Seton, from the University of Sydney, yarn the AFP news agency after the 25-day walka. “It’s on Google Earth and other maps so we went to check and there was no island. We’re really puzzled. It’s quite bizarre.

“How did it find its way onto the maps? We just don’t know, but we plan to follow up and find out.”