Three months ago, Chibok existed as a lone town at the far North-eastern outskirt of Nigeria; utterly ordinary and almost non-existent in the National Geography of most Nigerians. Until that fateful moment in time! Until that sober point in our National history when some of our girls were whisked away from known liberty by some named but unknown vagabonds to an unknown destination to be subjected to things unknown. What crass audacity in a lawful society!

However, since the dawn of this anti-juvenile horror, some of us have not hesitated to march over long-standing ancient divides to explicitly identify ourselves with the families of the temporarily departed, developing a vigorous sense of “chibokhood” in the process. And like the chibok family, with the Chibok family, and for the Chibok family, we await with uneasy eagerness the reappearance of a lost sisterhood. END_OF_DOCUMENT_TOKEN_TO_BE_REPLACED

I had promised my wife that I was going to switch off my phones and that I wasn’t going to put my hands on any gadget, let alone adding or editing any manuscript, but on Monday, I broke that promise as I was passionately provoked to reply a guy on one of the social media platforms when he ridiculously asked: What is Oby Ezekwesili’s pedigree for her not to be questioned by the DSS? I jokingly told my friend that I will only answer his question if he would mention someone in his lineage that could rival her record. Did I say too much? END_OF_DOCUMENT_TOKEN_TO_BE_REPLACED

14th July, 2013, I sat right in front of my television set, and watched as a young sixteen year old girl delivered one of the most courageous speeches I ever listened to, during a United Nations General Assembly. Each word she uttered on that international podium gyrated with bravery. I rose in ovation at the end of her delivery as I do not think any world leader could have been more inspiring than Malala Yousafzai. (I love that girl).

The UN declared 14th July of every year #MalalaDay.

This superlative young girl defied the bullets of discouragement END_OF_DOCUMENT_TOKEN_TO_BE_REPLACED

For you are like whitewashed tombs which indeed appear beautiful outwardly, but inside are full of dead men’s bones and all uncleanness. Even so you also outwardly appear righteous to men, but inside you are full of hypocrisy and lawlessness.

Nigeria is said to be a very religious country. According to a 2003 report, which is recorded in Wikipedia, 50.4 % of Nigeria’s population are Muslims, while 48.2 % are Christians, and 1.4 % adhere to other religions. Which is another way of saying that practically all Nigerians believe in one religion or the other. Almost everywhere in the Southern part of the country can be seen churches and other such Christian gatherings. While, in the North, blood is constantly shed in The Name of God. Thus giving the impression that Nigeria is a country of citizens who live a life of total commitment to The Almighty. Yet, like The Christ has said, “Even so you also outwardly appear righteous to men, but inside you are full of hypocrisy and lawlessness.”

Thus you see the hypocritical and lawless Nigerians trying to dictate morals to the West. “No,” it says to Western leaders. “We cannot accept your homosexuality. We cannot accept your perversion.” Then it concludes its moralizing with threats of a very heavy jail term for those unfortunate enough to be caught practising homosexuality in the country. A conclusion that was applauded by most of its citizens; who placed editorials in the Press, letters to editors of newspapers and magazines, essays and articles, and other such opinions, all in the mass media; all expressing their approval of the motion and their denunciation of Western perversion. END_OF_DOCUMENT_TOKEN_TO_BE_REPLACED 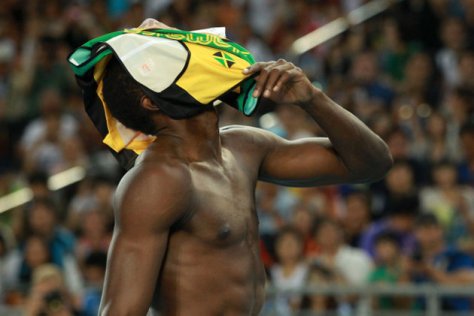 One that has nothing to hide will not strive to conceal it. Thus the reason behind the cosmetics, the make-up, the dress sense that the average woman ever strives to have – to that extent where she even would it be imposed on the average man, which he then usually ignores. For the fact it is that the woman has a whole lot much more to hide in terms of that lack of beauty that she thereby strives to conceal, than the man that cares not how he looks. And it is that same fact that has women ever strive to conceal the passion for pleasure that would the man believe she cares not for sex; and that has the man, not being driven by the same intensity of passion, bother not about hiding his own – less intense – passion for that same sex. And, not only because of that part of human nature that believes all men (and women) are inherently the same, but also because the man rarely ever strives to conceal his passion – for he has not as much to conceal as the woman does; all a man has to do is spend a second’s attention on a woman, and she will instantly conclude that he is also burning with the passion that ever sears her flesh – and, at that moment, would his be doused by hers.

END_OF_DOCUMENT_TOKEN_TO_BE_REPLACED 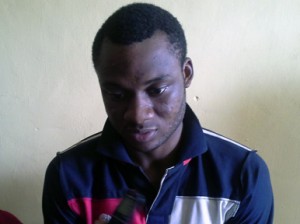 Tolani Ajayi is a name recently tossed in the news, I dare say, probably for the wrong reason. I’ve heard that name too. I’ve said ‘probably’ because I don’t assume the stance of the average public, who wouldn’t waste time to condemn the criminal act you, a 21-year old 300 Level undergraduate of History and International Relations at the Redeemer’s University, Redemption Camp along Lagos/Ibadan expressway, have committed. It was reported that you stabbed your father, Charles Ajayi, who happened to be a preacher and Senior Advocate of Nigeria before his death.

In retrospect, you have your mother and sibling to apologize to, saying anger made you kill your father and that you regretted your action. You also said in spite of your history of using drug (no tag), you were not under the influence of any such thing when the incident happened. However, trust Nigerians, it is most END_OF_DOCUMENT_TOKEN_TO_BE_REPLACED 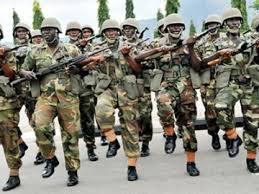 Last week Friday, the 4th of July, 2014, Lagos, The Centre of Excellence, and one of the foremost cosmopolitan cities in the world, was thrown into pandemonium by some soldiers of the Nigerian Army. Few hours later, the official  statement, as is typical of reports of an official carnage like this, came from the Defence Headquarters  vide the lips of the Minister of State for Defence , that the ‘situation’ was taken advantage of by some urchins (take note of my inverted commas). I said to myself “that complied with the advancement of state complicity in lawlessness, as is typical of the situation that birthed ‘Unknown Soldiers’ in the 70s”.

I wish Thomas Hobbes had lived till date and beheld the present day Lagos, I am sure he would not have thought that anyone, regardless of the level of his/her crudeness, would yield to brutishness in dealing with issues of civil infraction. Let me put it rightly, not even a goat would love to deface this modern city that all Nigerians are proud of (how much more a rational being in relation to state properties?). But Hobbes would have been more disappointed (I am as disappointed) that the set of people he had thought would safeguard the Commonwealth as he had END_OF_DOCUMENT_TOKEN_TO_BE_REPLACED

I know this much about you; that you are human just like I am. That we have never met is true but knowing with all certainty that you are out there makes me feel like there is a companion going through life with me. I address this letter to you because, in a way, we are the same – life-fellows with questions that linger deep within our hearts with a tenacity that defies evasion. Questions pertinent about what the next step in our drifting existence ought to be; questions ceaselessly demanding from us what to life our attitude should be. Stranger though you are, yet a companion so dear.

I know very well there are moments you are reduced to sighs and gasps, because such moments exist for me, too. That you have many times grieved and mourned I have no doubt, for that, again, is a necessary life-fare that guarantees our companionship. END_OF_DOCUMENT_TOKEN_TO_BE_REPLACED

The efficacy of prayer is indubitable; from sects, religions, creeds. I once heard a particular atheist say to me after a show of kindness “God bless you”, that was a form of prayer. In one way or the other we say words of prayers in impressionable ways that we as individuals do not even recognize. In fact, we are admonished to pray all manners of prayers. Also, there is what is known as importunity in prayer.

“All my enemies fall down and die” is a common prayer request in the land lately. As I got the reassurance that all my household enemies have fallen down and died, I am faced with a greater challenge to overcome my immediate political and social menaces, principal of which are these ‘rulers of darkness in high places’. I am sure we are getting wiser now, that the almighty God will never come down to topple or change any government, but He will pour His fathomless grace on human beings and make them realize that they need a change. Let me reiterate here, God has given us all indications in Nigeria that we need and deserve a change. END_OF_DOCUMENT_TOKEN_TO_BE_REPLACED

Someday, the little mama and dada’s girls will be a shadow of what they used to be. Their once fragile heart becoming as hardened as diamond and their trauma-tested wills mounting into an END_OF_DOCUMENT_TOKEN_TO_BE_REPLACED

Today, the Nigeria Medical Association commenced her indefinite strike action. It is habitual for the Federal Government of Nigeria to frustrate and push

until an affected trade union, capable of it though, goes for the jugular of the Government. That way, you’ll be prudently stocking up more funds for exigency situations rather than spend on all institutions of Government. No wonder a Minister, supported by other appointed members of Government, once said, during the six-month strike embarked upon by the Academic Staff Union of Nigeria Universities (ASUU), “The Government END_OF_DOCUMENT_TOKEN_TO_BE_REPLACED