There are some, who might have grown and remained controversial especially in terms of what they do and their utterances. Of course, usually caring less what reactions such controversial gestures may elicit.

Interestingly, these personalities usually achieve excellently even in those waters that many of their subjects deem unsettled. If properly scrutinized, they may come across as people who know what they want and are clear about it in spite of what people have got to mouth-munch.

Are they the special ones, who deserve a SNAP?

Or clearly the damned ones, who deserve a SLAP?

Well, such is the personality of the incumbent Governor of Osun State, Nigeria, Ogbeni Rauf Aregbesola.

It was only recently he was been hailed and at the same time ridiculed for introducing State emblems, anthems etc. Those who would rather SLAP him claim his moves were secessionist. Well, ask the experts!

What’s most current about this straight-faced Governor is his announcement of a comprehensive plan for the state’s secondary school students to study Ifa as one of their subjects. For the Ogberis, Ifa is the oracle of divination. The Lord speaks to Man through this Oracle.
The schools’ computer tablet had application for Ifa studies.

The Governor announced this on the second day of the new year. This was during the special prayer session to usher in the New Year, with clerics from all religions praying for the peace and growth of the state. In attendance were “the President General, League of Imams and Alfas in the South-West, Alhaji Mustapha Ajisafe; the Chairman, Christian Association of Nigeria (CAN) in the state, Evangelist Abraham Aladeseye; and frontline Ifa priest, Chief Ifayemi Elebuibon, among others.” – Sun Newspapers

The Governor stated that the free computer tablet is tagged ‘opon Imon’, which means ‘Board of knowledge’ alluding to ‘Opon Ifa’ – the Board of Divination. 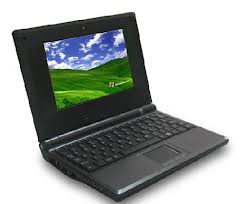