Ile-Ife, Nigeria was where the world paid her attention today with the unveiling of the gigantic Ori-Olokun sculpture at the Ori-Olokun Roundabout, which until now was called Mayfair Roundabout in Ile-Ife.

The historical Ori-Olokun, transformed into a huge statue and situated at the central part of the ancient city of Ile-Ife, was commissioned by the Executive Governor of Osun State,  Ogbeni Rauf Aregbesola. 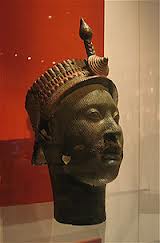 The original Ori Olokun is believed to have been stolen by Europeans; it is kept in the British Museum. You may want to visit the place ‘sharply’ to confirm before any magomago takes place. 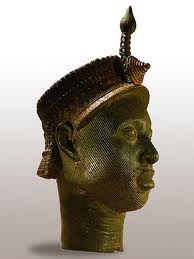 While this artefact is the image of Olu (god of) Okun (the seas) just like the Greek Poseidon, it has come to personify Yoruba pantheon of gods, deities and oracles; it also represents the hi-tor\ andd\ ilizationor, perhaps, the largest ethno-national concentration of the black peoples of the world. (Wale Adebanwi, 2010).

Ori Olokun is “a head of marvellous beauty, wonderfully cast in antique bronze”

Among dignitaries billed to attend were Ooni of Ife, Oba Okunade Sijuade, Olubuse II as father of the day and many sons and daughters of Yorubaland within and outside Nigeria. 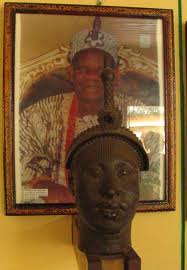