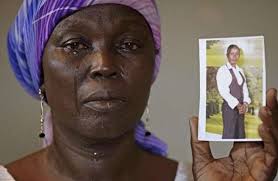 Someday, the little mama and dada’s girls will be a shadow of what they used to be. Their once fragile heart becoming as hardened as diamond and their trauma-tested wills mounting into an Everest-like wall.

Someday, their hard-squeezed tears will turn blood and their blood cold. 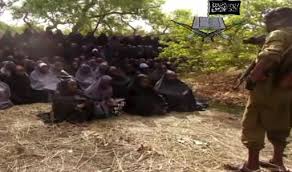 Someday they will rise against a government that refused them prompt help in the hot throes of abduction; a nation that sullenly dragged its corruption-laden feet in proclaiming a belated solidarity, as if forced against its own will.

Someday, human lives may be of little consequence to them whose lives were also trampled with impunity, the worst of evil will cease to provoke their anger or disgust.

Someday, their once alive souls will be dead to humanity – a mass evolution of monsters and dragons.

Someday, nothing will matter to them except that which concerns the survival of themselves and their own; hate will be synonymous to the air they breathe.

Someday, they too will cannibalize, if not with fangs and probing tongues, then with cold eyes and mean will; leaving behind them living carcasses of souls they too have refused help. 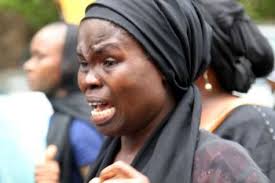 Someday, their unleashed cruelty will explode back at a nation that showed no maternal indignation for them; a government that showed blatant helplessness as these ones were publicly stripped of their joyous innocence, shocking them down to the marrow of their young souls . Transmuted into premature bridal slavery, the incompetence of their elephantine rulers once again underlined.

Someday, the greatest of price might prove too insignificant to have these smeared and jarred souls redeemed – souls conquered without much resistance, desecrated with unholy ease and thereafter paraded before the whole world, their own very nation enduring the spectacle.

Should there lay any credence to the emerging story that the abducted girls have been traded off as brides to the bedamned lackeys of religion, then this may be the mere first act to what is looking to be a life-time drama. In that case, rescuing the girls can no longer be the target end, but in like manner, a mere first step in the rigorous rehabilitation effort.

My prognosis
The ones with weak hearts who cannot withstand the emotional trauma will take the easy way out – suicide – that is if their captors do not beat them to that initiative with the bullet of a gun or a swift slash of the cutlass.

On the other hand, the strong hearted ones with a more resilient surviving spirit will strive to hope against hope, always managing to glimpse a flicker of light with its ever-reviving promise of a nearby salvation. Embalmed indefinitely on their enlarged and stretched hearts is the memory of the day of their captivity; the reality of their individual insignificance to their nation accentuated by the ineffectual response and apathy of their supposed fatherland. Their right to happiness stampeded at the age of innocence and yet so few eyelids were initially bated.

Oh! The mutation that will be set in motion and will overtime become inherent traits. One day, nature will take its toll and have them conceive a new generation of cultural militants. Then, Nigeria will welcome anew a reincarnation of an embattled evil – a sordid experiment in the tactical apathy  gone out of hand , leaving in its wake a more virulent apparition of accidental seeds populating the new tribe of militants.

Oh! The heavy heart of a girl child whose dreams of a bright future became substituted, (with no prior warning) with a seed to nurture! A militant to train! A monster’s seed to care for! And should it be a girl child, another sex slave!!!

A single evil once enacted without being apprehended, will naturally seek to replicate itself. It should therefore not be difficult to posit that soon and very soon, either due to reduction in number or an increase in appetite, replacements will be needed for the present stock of young feminine human materials.

Sex in itself is at once a slave and a master, and by a restraint –defying power imbued in it, it soon begins to ask for more than it was originally provided for. Another raid will be needed. This time, perhaps, with grand scheme and confidence, perhaps in broad daylight, knocking on doors and having parents helplessly escort their girls down the street, with fears and wailing to the nuptial trucks.
Again, some, by very unlikely intervention of providence and forces inexplicable will find escape – having with them a burden of an unforgettable experience. The experience ceases but the trauma lives on!

My cry
For every human, this is a thorn in the flesh, a rod of fire in the bones! What insensitivity!!! These are but girls, girls for crying out loud! Wait a minute! What if they are not girls? What if they are grownups? Yes, what if they are typical adults, would that still have changed or tampered the original rage? This is more about biology than chronology. It is about the violation of the most fundamental right, the desecration of human delicacy. That such inhumane impertinence was directed at no other member of the human hierarchy but the least among them only aggravate our sense of offense.

Oh! The evil in the heart of men. But, where are the good ones among them? Where are the faithful, the bearers of light, the ever- busy Samaritans – where art thou o men of light! Silence does not just do any more. Silence is too costly when the cry of the tortured has at last rent our peaceful heart apart. Negotiation is not a terrible thing, prayers could do. But where is the action that follows? It is a clarion call to all and sundry. If it continues like this, may the good lord secure the peace of generations coming behind?

My plea
Let us not stop acting until our girls are back. If we all are left at the mercy of a bewildered government who in itself needs urgent intervention then we are pressed to look elsewhere for urgent mercy. Within! Without! Around! Above! Or below! May it not be our lot that we as glorious species have absolutely nowhere to turn.

In the words of Warren Buffet, “love is not a fight, but it’s worth fighting for”. Somehow, let’s not stop thinking out ways we could make love a house for our missing girls…. Let’s bring them back home to the waiting arms of families, of crying fathers and fainting mothers. These little ones are not prodigal daughters. They are our jewels who have been carted away to unknown fields. Love does not ask for much but demands that we give our all. Let’s give for their sake all we’ve got … on our knees, with little petitioning and uneasy cry. And should you be a government official who pulls buttons in one of those lengthy corridors of human power, please buzz the Commander-in-Chief of the armed forces that there is no more appropriate time than now to dispatch his armies in their numbers…all of them (the air force, the police, the navy, and the army). It is time to go fishing for our beloveds. It is time for mission – BRING BACK OUR GIRLS! 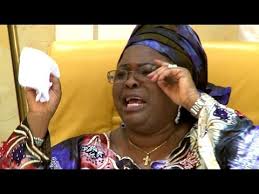