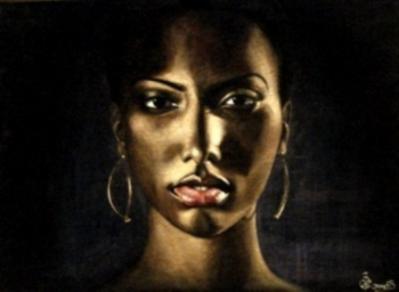 “astonishingly, on a more keen observation of their perpetually smiling and giggling faces, I realized they were girls of the notorious Fulani tribe…”

There are times when the wafting warmth that causes our sublime heart to momentarily melt into a free-flowing fluid of guileless essence, that characterizes romantic feelings, is not the virtue of beauty but the beauty of virtue. There are times when virtue makes a woman appear more lovely and beautiful than she really is. For a truth, virtue is superior to beauty because it has a greater life span and it’s indestructible by the timeless elements of time and nature. No wonder some men, by the sheer force of the subtle superiority of virtue, have found themselves blossoming in the noiseless bosom of women who, although are not gifted with physical beauty, are blessed with the sufficient dose of this aromatic ingredient that makes all things more beautiful.

It was this noiselessly overwhelming force and voice of virtue that was unleashed against me when it almost seemed as if my stony heart transiently melted for the most unlikely creature – a young Fulani girl. Unpretentiously, I was facially looking my best when I stepped out of my not-too-impressive residential compound into the main street in order to wave down one of those German Vanette Buses prominently known among the university denizens as Tangboro. I was in a casual evening outfit – a baggy tracksuit trousers and a modestly faded sky blue T-shirt. Like any other conscious human being, I peered into a wall mirror before venturing out and the non-luminous reflection that stared me good was bright enough to be described as radiant. My mood was atavistically jubilant for reasons cruelly elusive. My unscattered mind immediately was set upon my destination as I hopped into a fully decelerated red Vanette bus to share the backmost seat with another male passenger who also happened to be a student like myself. I had barely settled down to the meager comfort the rackety bus offered when I noticed the three passengers occupying the middle section of the bus were intermittently looking back to catch a glimpse of this new entrant – that was me. They were all girls, maybe a little older to be called girls but the trio was all-smiling like girls who have finally caught up with their secret fantasies. They were at first furtively-directed backward glances which I found normal in a sense and also harmless. So, I was offhanded about it, but not entirely negligent of it, as I found it rather a little bit too conspicuous an acknowledgment. Really, it feels good to be stared at, more so by a pack of young maids who appeared to be unencumbered by life’s worries and woes.

I was forced to reciprocate their breaking glances in short staccatos as the frequency and overtness of their neck-twisting backward glances became somewhat immoderate. Their requited act of flirtatious observation of my person motivated them to persist in their inside-the-bus adventure and further buoyed my own refusal to frown them off. They finally settled their full gaze and attention upon me. And this time around, it was made titillating with their giggling cheeks and rippling lips as their appraisal became full-fledge. Rather than been embarrassed at this point, I found it rather amusing, and so also the guy sharing the backseat with me. The guy was prompted to ask if the girls had perhaps seen me somewhere before, and I replied, “not from Adam”. Astonishingly, on a more keen observation of their smiling and giggling faces, I realized they were girls of the notorious Fulani tribe, and for the first time I really smiled back at them, albeit a fully condescending one. Then quickly pointing to the other guy beside me, I asked the enthusiastic trio, in what was a speech equivalent (mixture of sound and sign), if they’ve also taken any cognizant of this other human being sitting beside me. It was a futile tactic to deflect their attention away from me, and it also proved a wrong move on my part. This first effort at conversing with them finally unleashed their hitherto muffled and stifled vocal cords.

The one sitting in the middle of the pack was the youngest (really young), and arguably the fairest, both in complexion and in beauty. She also happened to be the most impulsive and flirtatious, but I noticed she was always first looking at the one to her left before she looked at me and giggled exultantly. It was as if she sought the tacit approval of the one to her left (as a sign of cultural deference to, maybe, her higher age) before she could freely partake in the on-going eye-feasting upon this delicious manly figure. The one sitting close to the exit appeared to be the oldest and seemed the least interested in my person coupled with the reality of her waning and less enticing physiognomy. The last of the threesome was the closest to my angle in the galloping bus. She was sitting directly in front of me and had to do the most tedious work while they all strained their neck and winked their ever handy and ready visual camera in a rare effort to impress the image of this good-looking, hardly-come-by young man upon their memory for an everlasting remembrance. The last of the trio, sitting leftmost, undoubtedly possessed the most erotic physical grace making her the most voluptuous – a perfect bimbo aroused from a state of romantic limbo at the sight of an Olympian. More than the other two, her overtures were more intense and innocently bold. And for the first time, riding on the cue of my earlier conversational gesture, the teen, sandwiched in-between the two older girls, lent a fluid voice to the slippery thought that had danced delicately on their lips without actually spilling forth into a much-needed statement of ordered sequence and crudely romantic effect. Her voice was high-pitched and mellifluous but was ruffled by the inevitable cadence of their tribal accent, manifesting with an ineluctable intonation peculiar to the nomadic clan. When she spoke, it was a pathetic Yoruba that seemed to wobble on half legs but which still managed to negotiate the great distance created by language barrier in order to initiate an audacious conversation.

What she said…it was so simple and ordinary that, normally, it shouldn’t have had any effect on me considering, again, the mouth it was coming from; but it did and I just had to play the deaf as the most felicitous response would have failed me, and so also would the most fitting reaction.