It has been many thousands of years since the establishment of the city of Ijebu somewhere in-between the city of Lagos and the old Oyo Empire within present-day Nigeria. Interestingly, whether one can say the city was established at all or that it has always existed with the advent of the Universe (just like any other city for that matter) should ordinarily constitute a complexity. 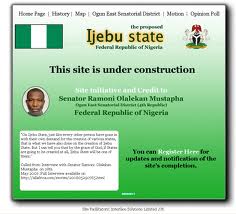 There are a number of things that are unique about Ijebu and the Ijebu people; talk about an Ijebu participation in the war against colonialism, the Yemoja war (the war was christened Yemoja because this was where the war was hottest between the Ijebus and the British. There is a Yemoja natural swimming pool, where the British used to relax during war-breaks located in the Ijebu town, Yemoja till tomorrow).

‘Segun Osoba, a renowned Professor of History, once ended a narrative on a similar subject with a funny anecdote about one of the few Ijebu converts to Christianity. This particular man became a ‘Pastor’ as is commonplace today; once, a member of his congregation vexed him (names and details withheld) to a degree that he had to take off his pastoral regalia (not sure what they used to call that), thus revealing the hitherto concealed attire of a Juju Priest.

That anecdote represented the suspicion with which the Ijebus held Christianity while yet practicing it. Insufficient to confirm though, but this suspicion is quite ubiquitous today that even the Europeans themselves have come to establish same with their attitude of faith-needlessness. One of the reasons why the current Pope has chosen to launch his twitter account @Pontifex ‘to reclaim lost sheep’. However, this is far from being the subject of discourse here.

What the interest is herein is the attitude of the world to the Ijebu race. I refer to the world because everything you hear about the Ijebu people and spoken by ‘just’ anybody around the world is almost bound to be derogatory. This has gotten so endemic (you can say pandemic, if you want) especially in contemporary times that everyone seems to want to distant itself from an Ijebu ‘CityMan’; last time I even noticed a baby suspiciously eyeing an Ijebu man. I no know wetin the guy do the pikin o!

There is a general belief in the world today and that is, if a man has three children for instance and one of them marries an Ijebu person; that child is counted lost. So, the man is deemed to have only two children. It is said that a man or woman completely forgets its home as soon as it marries an Ijebu spouse. It’s worse than you may think if you have never heard these lines before.

One piece of advice parents passionately give their children or guardians, their wards, over and above any other, is never to marry an Ijebu, never even date such. In fact, the thought that friendship sometimes leads to intimacy and then to dating and then marriage makes parents advise their children against friendship with any Ijebu personality. I would wonder, is this not a calculated crime against the humanity of Ijebu to keep them perpetually isolated? Well, who cares?

The case against the Ijebus is premised on the presumption  that they are extremely fetish. Unfortunately, this writer is unaware of an adequate word to describe the extent to which people passionately describe how fetish the Ijebus are. So, we’ll content ourselves with fetish…just fetish!

This is what gives birth to the fetish enslavement (nay, brainwashing) of spouses by their Ijebu partners to the point where the latter forget their families. A necessary extension from this is spouse-ritual, especially money-rituals or the like.

Another, most-unfortunate, personality trait ascribed to the Ijebus by the world is stinginess. The Ijebus are said to be a stingy tribe of people. They will rather die of hunger (no other tribe in the world dies of hunger but malnourishment except the Ijebus) than spend their ‘hard-earned’ money on themselves; talk nothing about giving people anything.

In fact, this writer has met more ‘stingy-er’ and ‘fetish-er’ Ijebus, probably much more than anyone else. Maybe! He has, as a matter of chance, also met generous Ijebus; pious Christians and Muslims, even to a fault. If anyone hasn’t, it will do everyone a lot of good if such provides that information.

Hence, this Ijebu representation of all that is good and bad can, of human nature, not be peculiar to the Ijebu peoples of the world but an essential part of human need for self-preservation and existence (as selfish as that may be).

To resolve this stalemate, this writer went out to interview a number of people and what kept coming up, outrightly absent on Internet pages, is Alare! Alare! Who or what is Alare?

It was gathered that Alare was (is, pardon me) a god of the entire Ijebu people. As a god of the Ijebus, Alare demanded and secured absolute allegiance from his subjects. This allegiance embodies the entire ownership of all Ijebus as entities and in extension all properties belonging to the Ijebus. Follows the old saying, “Eni tó l’erú ló l’erù” – that is, he who owns the slave owns his properties.

It was therefore generally believed that all Ijebus were properties of Alare and as such all properties belonging to an Ijebu were in extension properties of Alare. No Ijebu person was allowed to make use of his own property without the permission of Alare. How much more, if he needed to give out same to someone else. Usually, Alare would not permit that.

So, it was that Ijebus were thrifty with the use of their properties for selves. That probably was where the idea of stinginess came about. I doubt if that really still happens today.

However, the possession and use of juju coupled with spouse-murder allegations against the Ijebus may not be in anyway linked with Alare. As a matter of fact, there probably could be no explanation for this especially if the concerned persons are not ready to see reasons and the fact that this too isn’t peculiar to the Ijebus, if at all it happens.

This will constitute a good discourse if there are contributions from all concerned or affected; after which there will be sequels to detail personal experiences and possible way-out.

In conclusion, the city of Ijebu exists till today with a paramount ruler, a system of governance, monarchical and democratic. There are successful marriages as much as there are failed ones, just like it happens everywhere else. Today, there are non-Ijebus married to Ijebus and who have lived to ‘ripe’ old age (if there’s anything like that) before dying naturally or still living. And their children (part-Ijebu, part-non-Ijebu) are living, growing and succeeding.

– Uncle Tai Solarin was Ijebu, yet he gave his life – not just his money – for the advancement of the course of humanity. He never killed his wife; she only just died recently, many years after Uncle Tai has gone.

– Chief Obafemi Awolowo needs no mention regarding what he also did for humanity. Obafemi Awolowo University, Cocoa House and Free Education (not only for his children but for children of the country). What better way to be generous? And his wife? Anyone can still pay her a visit at her home in Ikenne , kicking, after 25 years of Pa Awo’s exit.

–  Prof. Wole Soyinka…what can (or can’t?) you say about this iconoclast? 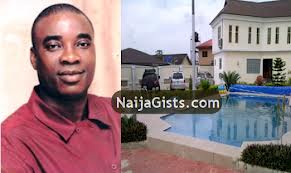 We therefore close the curtain on the scene that, as an enlightened generation, we have responsibility to ourselves and to the unborn generations; to make history and the future a palatable drama of life.

I am Ijebu and I see all allegations against the Ijebu  as diversionary to say the least.

20 thoughts on “Ijebu people, stinginess and Juju: The Alare apology”