He is just 31 years old and he already heads a vast business empire that he built from scratch. His name is Ashish Thakkar and he’s the founder of the pan-African multi-sector business conglomerate Mara Group.

Here on the board of lAkUnLeScReWs, we present you his words, exclusively especially as they touch on Africa and her brewing greatness.

“Money should never be a measurement for anything.”

“I like to see myself as an entrepreneur that’s being disruptive — I like to be the underdog in a lot of cases,” “It’s all about how you go about it; but one thing I definitely don’t want to be known as is as ‘Africa’s youngest billionaire.'”

“Thakkar is gearing up to become the first ever East African in space, proudly representing the region in the Virgin Galactic program, which offers paying customers the opportunity to travel beyond the Earth’s atmosphere.” – CNN

Consequent upon the above, he said…

“I’m taking quite a few of flags into space, as a way to kind of send a strong message that ‘look, we as Africa have the vision and the ability as well.”

“It’s something that started off for fun and it’s actually turned out to be something quite nice where we can send a strong message to say, ‘we’re coming, we’re going to mark our space in that territory too.”

“The idea initially was to do it for the two months during my summer holiday.” Thakkar.” And when school started again I conveniently didn’t tell my parents that it did, and obviously they figured me out in a week.” 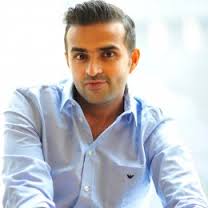 “So I told them, ‘look, if you want me to go through the whole cycle I’ll do it for formality purposes, but I’m going to end up doing this, so I’d really appreciate it if you’d let me do it now.’

“They were surprisingly really open-minded and kind of gave me the opportunity and said ‘look, do it on your own, try it out for a year — if it doesn’t work out you go a year behind your friends.’

“And I’ve still got that option open 16 years down the line.”

“I was flying to Dubai every weekend because I didn’t have the money to set up a shop and have enough working capital to do an air cargo.”

“So Monday to Friday I’d sell my goods in Uganda and on a weekend I’d actually fly to Dubai, fill my suitcase up with IT stuff again and bring it back, and the same repeated.”

“People do want to come to Africa; people realize that we’re the next big thing — India and China have had their time, it’s now ours.”

“We’re evolving; we’re writing our own story now; we’re making it happen for ourselves.”

“So I think that’s very important for people to realize that they must plug into what’s important to us and how it should be done that’s going to benefit our countries and our people — local beneficiation, empowerment of our people.

“We want to see our economies and our countries transform, so I think people with that mindset, willing to help us on that route, are more than welcome. And I think that’s hopefully what we’re going to see more of now, because we’re becoming more picky as countries.”