In the past few days, the Cyberspace, especially the Nigerian, had been dominated by the news of the ‘spectacularly’ remarkable, to say the least, June 15 wedding trips of the son, John Kumuyi, of Pastor Kumuyi of Deeper Life Church who wedded a damsel Love Odih (probably as a matter of coincidence rather than incident) . This, many believe has been ‘concocting a storm in the church’.

There had been comparative criticisms of the spectacle of this wedding in relation to other weddings so far held in the church. All the noise is essentially about which bride dresses more modestly (nay divine, spiritual or heaven-bound) on her wedding day and what other items used.

While a party of commentators are bent on revealing the obvious human inclination at ‘keeping up with the joneses’, another party (especially faithfuls sympathetic with the pastor’s son) ‘say that no one has in the past been directed on how their brides should dress and so the preacher’s son should be left alone’.

Please, find below the divergent opinions of two followers:

“People have refused to live their own life but rather attach it to an apron of hypocritical philosophy and manmade doctrine. I exonerate the dynamic Senior Kumuyi; I think it is the people that have refused to change. I respect Kumuyi and his teachings but the people he is teaching are not learning. It is a pity. Religion should embrace freedom; that is what the bible says. It only warned that you should not use your liberty for evil, or take the grace for granted.”

“I believe that with this, Deeper Life will metamorphose into something else. Those (some members) who have been looking for an opportunity like this to dress as they like, will seize this particular opportunity.”

Someone, obviously much more faithful to the ministry’s cause probably even more than the founder, offers the following details:

“As a friend of the couple, I can’t keep silent anymore. The picture being circulated is not what the bride looked like on the wedding day, it was digital altered to destroy the lives of the new couple and may you all be forgiven for the damage you caused the church of God and the new couple. As someone that attended the wedding, the pictures arousing such controversy looks nothing like the bride on her wedding day.

No white-looking makeup or blush
No earring
No lipstick
No fake eye lash
No mascara
No relaxed hair (blow drier & flat iron can do that! by the way, her hair is that long)
No colored eyebrow
No eye shadow
No ring on finger

You compare earlier pictures of a deeper life bride with a turban covered hair. In the Caribbean generally, the thick turban covering is associated with a satanic worship church. Can you imagine? No!! Ignorance is bliss. Is that what you want the new couple subjected to because of your lack of understanding? A joining that appears to be like under Satan because of hair covering as you understand it in your side of the world? God forbid!

If you want to accuse the bride of the gown, is it showing any body parts? I thought this was the idea of modesty. Let not thy nakedness be discovered.. Love is also not John’s lover/heartthrob/girlfriend or any other careless language, these two were brought together led of The Lord though from thousand of miles apart and I’m sure they went through the deeper life church marriage committee process from their countries.

I hope you feel guilty enough to stop all the lies and great damage you have caused a new couple trying to begin a life together hard school of marriage, and added to that has to live with scrutiny on a public scale, all influenced by lies and doctored images from the haters.. Let each man run their own Christian race, not with eye service or an envious mind.

Congrats to the new couple and may God soothe the irreparable damage caused by online social media.

P.s there are so many other good things online about Love Odih, not just some fabricated and baseless scandal.”

Please, check the details again and choose what to believe.

lAkUnLeScReWs thinks that the best men are those who value freedom for self and others, and as such create opportunities for all to learn, acquire knowledge, be armed with the right information and as such be free, but not enslaved. However, it is common knowledge that the modern day new species of beings (who are too lazy to acquire the kind of knowledge that can set them free and yet still desire freedom at all cost) would imagine that freedom comes with obeying the instructions (without understanding them) of people who they perceive as been truly free (read Pastor Kumuyi). 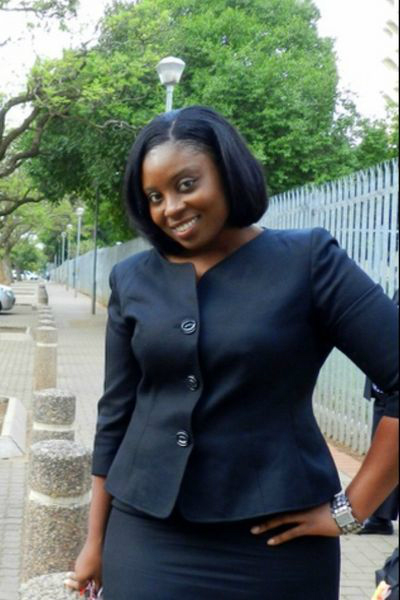 The main concern to us should be “What if this testimony that Love Odih is a happening babe and that she would not mind using make-up and all other necessary accoutrement to lift the beauty of ‘an already beautiful’ lady? What if it were true?” Does that mean the ‘mature’ Christian faithfuls of the Deeper Life Church would lose their faith, or at least those things that they have guarded jealously as tenets that held together their pillar of belief? That would be pathetic. 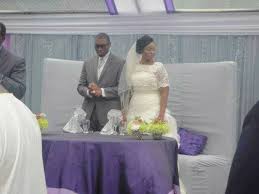 ” And what if the accusations were wrong?” Then, I’ll say they were malicious and they do not deserve the attention of ‘rapture-ready’ members of the church. Why worry about smoke that has no worry? (Although, we have been tutored to believe there’s never any smoke without fire)

Choose what to believe…