The strike embarked on by the Nigerian academics has entered its 5th month and of course, one can only say with all certainty that we are getting closer to the date of resumption. When will that be? Don’t ask me.

If I must speculate about the members of such delegations, who were allowed to sit in at yesterday’s meeting, they must have adopted a similar sit-don-look approach like one legislator with the name of Omisore, who has a signature crooked-cap and nothing important to contribute to ongoing deliberations. At the moment, we await the outcome of that meeting as both parties have justifiably declined commenting on what went on inside.

However, as Nigerians like to be lied to and love to speculate about almost everything just the same way as idle busy-bodies love to do, the rumours are everywhere that ASUU will be calling off the strike (soon, that’s Monday or Tuesday. Wednesday is almost here and such persons need to be more careful about speculations, going forward). Some have even said ASUU has called off the strike, when all they had was a hopeful message before the meeting. 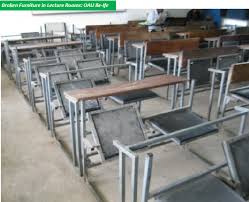 What the National President of ASUU has said after their meeting with the President of Nigeria (and which we all need to respect) is that he has a message from the nation’s President for the members of ASUU, who’ll decide the next step after receiving the message duly.

When will the members of ASUU receive the message? lAkUnLeScReWs doesn’t know.

When will ASUU members react to the message? lAkUnLeScReWs doesn’t know.

When will the ASUU leadership take the ASUU members reaction back to the FGN? lAkUnLeScReWs doesn’t know.

When will we hear the last of this lingering strike? lAkUnLeScReWs doesn’t know.

While we wait, I bet there are other issues that should bother any Nigerian youth.

Find yourself a job.

Read, read something, read anything.

Organise and articulate your rights as a Nigerian citizen who appreciates that he or she has some human dignity.

If the great Chief (not an academic o in its modern sense) Obafemi Awolowo allocated about 50 % of the budget of Western Nigeria to education (Please, note that UNESCO recommends only 26 %), how pitiable is it that Dr. (of course, an academic President of Nigeria. Not that I have any evidence to prove that. It’s all hearsay and readwrite) Goodluck Ebele Jonathan finds it hard to put in 26 % of the budget (national o) into education.

I doubt if he’s the one who doesn’t care about education. My fear is it must be that woman from Harvard University, who is bent on making all Nigerians live with far lesser quality in all ramifications than she does or than her masters do. This is because there can’t be any explanation for trying by all means to just wreck the educational system of Nigeria. Woe betides us all if that happens.

All we know is that the Federal Government at some point stopped the payment of salaries to the striking lecturers, while trying hard to decimate their rank.

Then, the FGN was amazed that in spite of salary stoppage, the striking lecturers didn’t back down probably because they believe in the cause they are fighting for (some would insist, perpetually so, that the lecturers are just greedy. Well, everyone must somehow have an opinion just about anything).

The FGN then increased the offer she made to the striking lecturers, even though they (or is it she?) has said the Government of the country had no money and the economy will crash if ASUU’s demands were met. hmmm. How reasonable, coming from a Finance expert?

The FGN then resorted to begging. One wonders, what country begs a people after attempting cheap and stupid blackmail unsuccessfully? Only a feminine one; or a nation that has her jugular in the hands of a bloody woman would do that. An apt description of a country like Nigeria.

Then, this last-resort renegotiation meeting. I hope we won’t have to get to the bridge where the FGN has to forcefully reopen the Universities. If it does happen, however, everyone may need to call to question the integrity of the human dignity of everyone living in the country. That will be sad, really sad.

While this impasse is on, there are other cankers that eat up the essence of a once true nation called Nigeria, even if by that one means the constituent parts of that nation (no apologies).

FYI, visit saharareporters.com for some interesting stories about your country. You can also gloss through the internet to be armed with information. You’ll need it, sooner or later.

Again, if you are one of those who erroneously believe the strike has been called off, please be guided. We are still awaiting the outcome of the meeting and that will seep through after the ASUU delegation meets with her constituency. 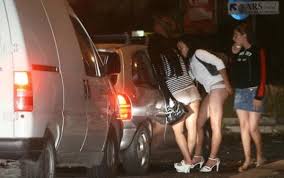 Once again, Nigerian youngsters, I plead, Hear no rumours; read no lies; see no evil. And please, never get bored. Getting bored, while sitting idle at home or following a pattern of daily routines because ASUU is on strike is more the fault of the bored than ASUU or FGN. Get busy. 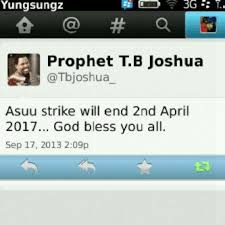