It was an evening not anywhere surreal. As usual, everyone went about their daily tasks rather differently; some peacefully, others riotously, irritably, miserably, grumpily or some like billy-o. However, for some of us who were privileged, to say the best, or disadvantaged, to say the obvious, to be members of the academia, we were cocooned within an office space that was dimly lit, ventilated by a small slit called a window. As we sat, marking time, a song that waltzed itself straight to my spine was Fela Anikulapo’s “Suffering and Smiling”. I wondered why but wasn’t it rather apparent?

Here in Nigeria, at a time when young Nigerians should be brazenly outspoken at demanding the respect of their long-trodden rights, everyone seems to be sated by the crumbs that fall off “God knows where”. No one talks, no one agitates, no one cares about their trampled rights; everyone simply grumbles and submits “Why should I be the one to lead?” There’s a Yoruba wise-saying that 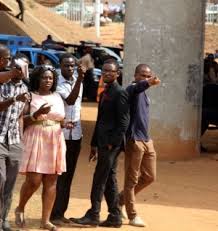 helps them convey the message adequately “Eni ti won ba fi ori re f’agbon ko ni ba won je nibe” (That is: He whose head is used to break coconut will not partake of its eating). 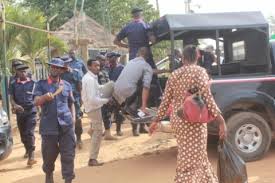 As one of the four of us privileged or disadvantaged members of the academia wiped his sweat-soaked face with a damp handkerchief, I became immediately aware, once again, that it’s been almost two weeks and more that the air-conditioners in our offices have been silent. The one in this office was overlooked by a dusty, broken fan, obviously starved of electricity for a longer period of time. No thanks to several factors and agents; the faculty’s transformer, which had parked up too many times for comfort to be a friend.

The University authority has also not deemed it fit, in recent times, to partner with our faculty for anything. As a matter of fact, this is an opportunity, I suppose, for certain persons to ‘flex muscles’ to reveal who is stronger; hence, “your light spoil, na God catch you. Nobody go look into am until you admit say I be your oga”. Yet, no one talks, no one agitates, no one cares about their trampled rights; everyone simply grumbles and submits “Why should I be the one to lead?”

The above is the typical ‘post-6-months-ASUU-strike’ scenario at a particular Faculty in a particular federal University somewhere in the state of the livingspring in Nigeria. What is worse? Since the ASUU strike ended, payment of Universities’ staff salaries have been quite irregular, owing to a gradual introduction of a new regime of payment of salaries. The Federal Government is taking on the responsibility of paying Universities’ staff salaries. Have we actually bothered to ask, ‘what is the political or economic ideology of our federal government?’

When convenient, power is decentralised; and when otherwise, it is centralised. But one is afraid that what forms the core of making such decisions is making more moneys for the government or for the ‘people in government’ – money to be made available for sundry spending, no one must ask for accountability in that regard. To make more moneys, government institutions are privatised to friends and family members (double sources of fund-creation for persons in government). Yet, to make more moneys still, responsibility for paying staff salaries is centralised. Where is the privatisation excuse given by the government to reduce tasks and increase efficiency by decentralising power as much as possible? No one talks, no one agitates, no one cares about their trampled rights; everyone simply grumbles and submits “Why should I be the one to lead?” 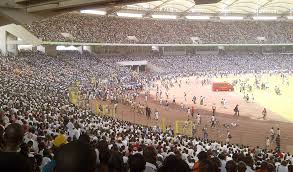 On the 15th of March 2014, the Nigerian Immigration Service hosted hundreds of thousands of jobseekers all over the country at a recruitment exercise. The details of this, which attract jitters to my typing fingers, can be glimpsed on reputable news portals elsewhere. It was reported that almost twenty of these jobseekers lost their lives during the exercise. This should not come as a surprise to a community of people, who do not care about how their leaders conduct themselves and manage the affairs and resources of the nation. This should not come as a surprise because such leaders have indirectly been given the liberty by their followers to do as they wish.

So, to make more moneys, federal workers, tagged immigration officials, demanded for one thousand naira application fee (or whatever name it was given) each from job-seeking Nigerians; invited hundreds of thousands of them to take a phoney test while intending to absorb barely two hundred on merit (don’t quote me sirs and mas). And then what happened? Almost twenty of them died and one imagines that the NIS officials and millions of unspeaking Nigerians expect the parents of the dead jobseekers to be happy and merely move on, or what else? No one talks, no one agitates, no one cares about their trampled rights; everyone simply grumbles and submits “Why should I be the one to lead?”

Good news! Everyone isn’t the same. We don’t all sleep, facing a similar direction. we don’t all suffer and be content with smiling, consoling ourselves with such nonsense as “Nigerians are the happiest people on earth’. Some dare to be different. Thanks to an online political activist, Japheth Omojuwa, Fellow blogger Uche Briggs and rights activist Azeernah Mohammed amongst other Nigerians, who together staged a protest on the 2nd day after April fool of 2014 “to demand the sack of the Minister of Interior, Abba Moro who the government has refused to fire following the tragedy that resulted from the recruitment exercise of the Nigerian Immigration Service (NIS)”. In spite of speaking out for majority of Nigerian youths, job-seeking or not, they were arrested by officials of the “My oga at the top Corps” – National Security and Civil Defence Corps but for their lawyers, no one talked, no one agitated, no one cared about their trampled rights; everyone simply hid his or her head in safety and a comforting “suffering and smiling” mode.

“The head of the NSCDC team that stopped the protests had no name-tag and refused to give his name; he claimed he had an order from above to abort the protest, “See, I have told these people to leave this area; I got an order twice not to allow the protest. When the order came first, I ignored it, then it came the second time and now I have to obey. It wasn’t even from my Oga’. It was from someone very strong.””

Let me submit with a statement to the effect that this may be the beginning (if the hope is not aborted) of many good things to happen to the trampled rights of Nigerians. If from the cacophony of words and spoken terms on Facebook, Twitter and other social media platforms, Omojuwa and others can show us the way out of this wilderness of undeserving and decomposing physical decorum that we have been plunged, then I have no doubt at all that the time is almost here that every Nigerian knows and fights to uphold his rights.

PS: In view of seizing the phones of the protesters and returning them, the protest leaders need be wary. Mr Omojuwa and co. should check their phones for the presence of bugs that may be used to track them down, I beg. 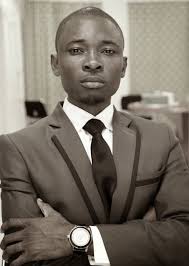