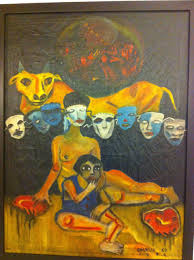 It was with mixed feelings that I received the news that Chief Femi Fani-Kayode, FFK may have decamped from the main opposition All Progressives Congress APC to the ruling People’s Democratic Party PDP. As in, JUST LIKE THAT!!!!!!!

Well I described my initial reaction as “mixed” because even though FFK has recently gained a huge followership (or readership, if you mind) on social media due to his open criticisms of the anti-people policies of the current GEJ-led federal government, his antecedents as the mouthpiece (attack dog) of the not-so-popular Obasanjo-led FG remain fresh in my memory. It got so bad that the then presidential spokesman would spit fire plus venom on anybody (I mean anybody) who dared to disagree with the president on any matter then. OBJ just could not go wrong in FFK’s diary then, the same way GEJ cannot be wrong in Dr Reuben Abati’s opinion nowadays.

Well, FFK was later rewarded with ministerial positions but that pathway would not form part of this article. I think this short introduction was necessary just to remind us that FFK has always had the tendency to “defend” his source of livelihood and it mattered not to him how that affected his reputation. Afterall, Nigerians have been known to have a short memory, especially if it is convenient (or else the likes of Fayose and Omisore would not have anybody singing their praises nowadays). And so many other politicians have taken advantage of this short memory of Nigerians in ruthlessly advancing themselves financially, since they know they can lie low a bit if and when they are exposed; only later to return to ask for another mandate. And get it!

So back to FFK, after all his anti GEJ positions that pitched him directly against Abati (ironically) whom he referred to as “a peasant without breeding” in response to Abati’s description of him FFK as “a commentator without sense”, he just expects to stroll back into the fold and life is expected to continue??? Well this is Nigeria where “anything goes”. So FFK could afford to pay a visit to the Presidential Villa last night and after a closed door session with GEJ he said “This is a presidential villa; the president is the president of Nigeria. Every single person in this country that is a Nigerian is entitled to come here from time to time, when the doors are open to come and pay their respects to the wonderful people that are here. As a Nigerian, I have done that today and I’m delighted to be here”. The same GEJ he once described as having no balls is now a wonderful person. And wait for it; the same Abati (peasant without breeding) is now a wonderful person.

Yeah we know this turnaround is due to the perceived possibility that FFK’s current party the APC might field a Presidential candidate and a running mate both of whom are likely to be of the same religion. This in my opinion would be the party’s greatest undoing. It would be an instant political hara-kiri for an opposition party that sincerely hopes to wrestle power from the ruling party. The selfishness that might lead to this situation would be the meat for discussion on another day, not now and not here.

However even if that was going to happen for sure is this not a case of a dog returning to his vomit, especially with its tail wagging? Must FFK be a member of a political party at all times? Does FFK not have any modicum of decency or integrity left in him? Is his reputation as a leader and elder statesman not of interest to him? If PDP and APC are not living up to his expectations, must he shuttle between them for the sake of being relevant? Or is this the only way FFK knows to maintain his daily bread? Doesn’t he know he can be more relevant even from a distance? And I begin to wonder when Nigeria will start having reliable leaders who would seek public positions because they truly love the people. Or was Nelson Mandela not of the same black race as Nigerian leaders or have they not heard of how he stood by his people before and after his 27 years in jail?

I can go on and on but to what extent. Even FFK has not personally declared that he’s left APC and gone back to PDP. I just hope someone somewhere (maybe even FFK) might read this and change his ways. For I have not lost hope in this great country.

3 thoughts on “Re: FFK, the prostitution of a statesman, by Seni Akinrinade”