14th July, 2013, I sat right in front of my television set, and watched as a young sixteen year old girl delivered one of the most courageous speeches I ever listened to, during a United Nations General Assembly. Each word she uttered on that international podium gyrated with bravery. I rose in ovation at the end of her delivery as I do not think any world leader could have been more inspiring than Malala Yousafzai. (I love that girl).

The UN declared 14th July of every year #MalalaDay.

This superlative young girl defied the bullets of discouragement and subversion by the Talibans, bullets aimed at stopping young girls and boys from seeking and pursuing education. She won that battle by shaking those bullets off her head and she came back more courageous than before. I must tell you haters, whatever you throw at Malala will not stop her from her resolution as she has always told you to learn: ONE PEN, ONE BOOK, ONE TEACHER CAN CHANGE THE WORLD. I love you Malala.

Back home, on the 14th April, 2014, over 200 girls (our own Malalas) were abducted from Chibok,  girls that have gone to pursue their dreams of getting education to better their lives, communities, states, country and the world at large. Rather than us rising with a collective resolution to making sure that we stop this madness by confronting our common enemy, (even though we know BH is an orchestration of some politics gone bad) we retire to our clusters and play politics with the lives of these future leaders. We resorted to throwing jabs, using the lives of these girls as political punches at our “perceived” detractors. Rather than our Army being challenged, and seeing an opportunity to register their might once again, as they were popular for, we resorted to lying, embezzling and watching in relish as we enjoy the cinema of satanic Shekau debasing our daughters and sisters as days turn into months.

This year, Malala celebrated her day with #BringBackOurGirls and to sympathize/empathize with the parents of the girls that were abducted almost 100days ago. Expectedly, various news followed; givings and misgivings, mostly on social media. Most of the submissions I see are transparent beefing of the great achievements of the group. #BringBackOurGirls is a very laudable move by the citizens of this great nation of ours. Online and offline, we have maintained the awareness and pressure that our girls are still in the custody of some stark, esurient, blood-thirsty pigs that claim Sambisa as their abode. I must commend those of us that have not been at ease so long these girls are not back but there is just ONE more thing that can crown all our efforts: Just one move from one man. Whoever advised and whoever agreed that a PR firm be employed to whitewash whatever that cannot be cleaner than dirt itself, at this critical time in our national history, are both #Doroshallow. 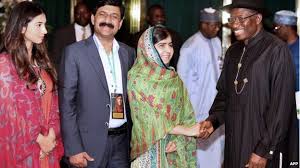 You seem not to get it, even when TY Danjuma jokingly told you, during the inauguration of the committee you set up to raise funds for victims of terrorism, that you have to take the lead in clearing all of these mess, I want to believe you will not just see that statement as a mere mention from the retired General, because I watched as you and your aides laughed your incompetence off. That office you occupy means you will take the lead in everything aimed at making this country better and comfortable. That we ask you to act rightly is a ready aberration of your competence to understand what is expected of you. It is. Mr President, if all of us decide to go to Sambisa, and you decide to stand aloof, you will be a recurring bad mention in history.

Sir, I am ‘impressed’ that you have finally agreed to start to understand the needful in managing a crisis as orbital as #BringBackOurGirls, but you would not have needed to spend so much on PR if you had visited or invited the parents of the girls, long before any of us could ever think of it, let alone when a seventeen year old girl had to extract a promise from you in that regard. You would have been saved the justified ignominy from the Chibok’s parents if you had been a good manager of crises. Mr President, you have debased that office far and too long enough to deserve being asked to leave.

Pleeeeeaaaaaaaaaasse!  Mr. President, use the other side of your brain other than the one at work at the moment. Not anymore of that side that is being fed by bootlickers like salacious Doy and pyromaniac Dok. Did I tell you sycophants are killers that employ gradualism in implementing their covert motive? Dem plenty around you well well. Watch your back!

Nyako’s impeachment is very right according to the constitution, as long as he is culpable of all charges against him. But why did the ADHA have to be docile for so long before they act? I don’t want to believe their brains have just been reconstructed by PDP’s sledge hammer for them to suddenly realize that they have been blind all the while.

APC should be wary of that guy that leads LSHA as I see his excuse from corruption charges by EFCC as a ploy to destabilize Lagos state. Remember FFK before and after his pardon. 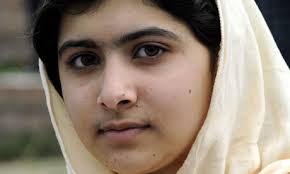 Adebayo Coker is the author of Societal Fragments and A Man Like Me: Noteography Of A Father To His Son (both are available on http://www.amazon.com). He blogs via www.pausibility.wordpress.com