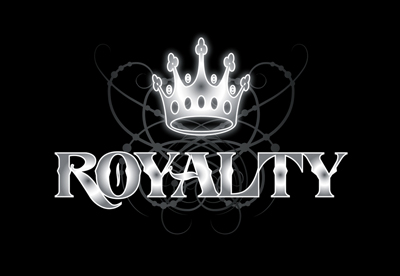 Starting from this week, I will be sharing some short stories with you: Compelling and motivational personal experiences.

Having completed my internship, I was posted to Ifesowapo for my mandatory one- year National Youth Service. It is a bubbly village with lively people. I had opted to serve in the deepest of the hinterland so as to offer myself for service in the true sense of it; and since the people of Ifesowapo hardly get a Youth ‘Corper’ to serve in their domain, I was welcomed into their midst like a Royal. In fact, I was given a room in the King’s cottage; of course, at no cost and with other benefits.

As time went by, the people of Ifesowapo became more and more relaxed with me and vice versa. The King would sometimes invite me for a chat with him. On this particular day, the king called me into his inner chamber as usual, but this time he wanted to share a secret with me.

“My son, Prince Omogoriola, lives in the city with his wife and kids.” The king started out. “But before he left this town, he had put one of our maids in the family way. In fact, that was one reason his journey to the city was fast- tracked, as it is a shameful thing for the royals to share intimacy with the dregs”.

At the sound of the word dregs, I chuckled, because in my few months in the village, everyone lived together in harmony, just as the name suggests; but that morning, I learnt that the wave that is blowing everywhere also breezes here. I am used to city life where it is everyman for himself, and if at all you get to be made part of a team, it will come based on one or more colorations that you bear; not on one’s ingenuity, capacity and or capability. That was the main reason I chose the deepest of the hinterland for my youth service.

During the 3- week orientation period, the Camp Commandant had hinted that the State was in short supply of Medical Doctors; hence, we may be drafted to work at the State House Hospital. It took me extra effort to convince the officers at the State secretariat of NYSC to have me redeployed to a village. They purposely chose Ifesowapo because they believed I will be frustrated and will eventually rush back to them to be redeployed back to the city.

Ifesowapo is a village that has no power supply, whose drinking water comes from a manually operated tap that exhausts one’s energy in operating, but in the real sense, one gets to burn some calories. I was not allowed to operate it for once anyway; I told you I was treated like a royal.

“After Omogoriola left, we tried sending the maid to her village because she had come here on servitude-for-loan agreement, but we had to release her to cover our shame.” The king continued. “I blessed her with gifts and in the company of escorts who helped her with her luggage, she fell into labor on the way to her village. The escorts came back with a set of twins, two handsome boys. When I asked for the mother, they told me she passed while in labor because there was no Iya Abiye to attend to her.” The king bowed his head obviously remorseful for taking such a send-her-away decision.

“Where are the twins?” I asked.

The king of Ifesowapo, the Olori Omoogun, on whose order the village is brought to her knees, the man with much agility and burning passion that lights up the firewood without a matchstick, looked up with teary eyes and said “my grandsons are locked up in a room, both of them”.

I probed to know what could have earned them imprisonment in the land of their forebears. What?

“I think the gods decided to punish me for the cruel choice I made concerning their mother”, he submitted. “They were struck by strange ailments.  One shakes his head uncontrollably, drowning himself in his own spittle, and the other does not just want to talk to anybody, acting strangely such that he just looks at you and says nothing even though they are in their late twenties”. He bowed his head again.

It was just me and him in the room except for our shadows on the wall. I wonder why he would be so free to take me into confidence, as he revealed that no one sees the twins except their caregivers who have been sternly warned through the thunder threat of the impassionate kingdom head.

“Those are my grandsons. The only ones I have as Omogoriola has not come back to the village again neither can anyone except Goriola or his sons mount this throne of my forefathers. I am in a fix.” The king is now confused. “I pray the gods dissolve their conspiracy against me”. His belief.

“Kabiesi, can I get to see them?” I said that still displaying my unshaken obeisance to the king.

He raised his kingly head this time, looked at me straightly. The Sauline assessment of David’s teen.

I nodded, signaling a reassurance that I would want to do this.

“What do you think you can do?” He inquired.

I know these people hardly have access to medical services not to mention the knowledge needed to treat many minor cases that even an ORT would have sorted expressly. At the same time, I was cautious of friction that may emanate with the Herbs Consultants Association in Ifesowapo.

“Let me see them first Your Highness!” I retorted.

“Come with me”. He came down from his throne in the inner chamber, led the way and I followed.

He is sure a man with much agility, even in his advanced age. He shows much dexterity of the mapping of the cottage, expected of a man who had lived his life all around the palace, full of wits.

He ordered that a particular door be opened. To my stern gaze, I could tell Down’s and Asperger’s Syndromes.

Both are manageable. It is not the gods’.

To get the full story and other stories look out for Wobbled Words in November. Wobbled Words is a compilation of short stories, proceeds from the sales of which would go for humanitarian purposes, basically, for the education of discerning but indigent students. Watch out for more info.

It is no news that we stand the risk of an outbreak of Ebola Virus Disease in Lagos, Nigeria. I will urge us to plead the blood of Jesus as much as we can but I know no G.O. will tell you not to wash your hands, use sanitizers as well as take all necessary precautions.

Adebayo Coker is the author of Societal Fragments and A Man Like Me: Noteography Of A Father To His Son (both are available on http://www.amazon.com). He blogs via www.pausibility.wordpress.com and tweets @adebay_c