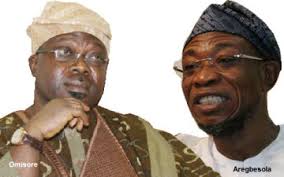 The gubernatorial election in Ekiti State has come and gone, leaving in its wake shock, conciliation and much more. While the staggering results of the election has left many optimists in the ‘Nigerian-project’ disenchanted, stalwart-members and well-wishers of the ruling Peoples’ Democratic Party within and without Ekiti State have found new voice and renewed strength to boast of their ‘unparalleled’ credibility to win elections, any-day, anywhere. No wonder, even the President of the country and the recently cross-carpeted hungry-man-in-politics believes their party will win the Osun State election and any other that comes their way as they did in Ekiti State.

I have an anecdote. Sometime between 8.00 and 8.30 a.m. this morning, I was scanning for a television station that will be unbiased in its coverage of the Osun State election, which incidentally holds today. I stopped when I got to the ‘Channel of the Year for the 8th time’, there was well-groomed gentleman decked in well-trimmed suit admonishing his attentive audience. The message title was “Excellent Customer Service”; this disconcerted me as I dashed for the room where my wife was peacefully asleep. I shook her up with the information that our Pastors are no longer subtle with their approach to extort money from their members; it has become a direct onslaught. Congregation members have now been turned into customers and told so. He also said something to the effect that a colleague of his, who travels beyond Nigeria frequently had to be reminded by him that with his customers (Church members), he wouldn’t have the opportunity to travel as he does. In closing, he demanded that his customers rise and they all rose sheepishly, making different kinds of passionate faces to show how much the message sank in. This Merchant called Evangel is in business not just because he wants to but more because the customers are very willing.

Please, be reminded that as it is not much of the fault of the Evangel, Pastor, Reverend (Dr.), Most-Reverend (Prof.) – ah-ah, I know that one; it attracts more customers hence more money, Bishop, Priest or High Priest, if you like, who swindles his or her sometimes innocent congregation members, oftentimes, the members show their need for immediate gratification at least in form of assurances that “It is well”, “It will be well”, “All is well” and variations of these.

The incumbent Governor of Ekiti State Kay Fay, rightfully said, lost his seat to the former Governor Ay Fay of the ‘odourless poultry’ on a platter of rice and crumbs of naira notes, which wouldn’t make even political babes bat, but which to the electorates, the people for which the government was formed in the first place, beneficiaries of good leadership are their rations, their share of that much-coveted ‘National Cake’ which has eluded them forever; invariably making out of them victims of poor governance.

Today, Osun State decides. I’ll rather we say, “Today, Osun State is decided for” except if the Almighty Supernatural is behind the people of Osun. Kudos to the Chairman of Independent National Electoral Commission for some of the innovations he has introduced to ensure the conduct of a free and fair election; however, weeks preceding today, certain events had taken place that collectively point to the fact that rather than the people deciding who their governor will be, the powers above are at work to anoint a governor at all cost. No one person, however highly-placed, should try or continue to make people believe that all is fair when a few days ago, according to the revelations of Prof. Sola Adeyeye, the security agents, getting wind of the attempt by trade unions in Osun State to endorse Ogbeni Rauf Aregbesola as their candidate, moved promptly to the venue ahead of the members of the trade unions, hence pre-empting them. However, while that was happening, somewhere else students were gathered, protected by security agents, to endorse the candidature of Iyiola Omisore. Mind you at least, these students wouldn’t have worked in vain. Nothing, hopefully, less than a five hundred naira note would decorate each one’s pocket as he’s or she’s big-head swayed back home that day. That’s their share of the National Cake. I salute!

Our elders would have us believe that a Prince unaware of his pedigree would be a servant even to those the greedy society has come to know as the dregs. Permit my digression, when church-goers are not aware of their heritage in this infinite world of natural and supernatural blessings, abundant rain, stimulating light, heat, air, sand uncountable, the human soul, the mind, the brain and the intricate link between all of these elements that have been delicately created, such end up becoming short-sighted, living corpses, ephemerons to whom perishable gifts of the physical, cars, houses, clothes, shoes, bags, jewelleries etc. (and form their true motivation for attending particular churches) are more important than the gifts of nature, which quite unknown to me, probably form the crust of christ’s teachings. They become customers to merchants who would collect all they have in exchange for the ‘hope’ of more to come. What else should be the true definition of greed and theft, respectively?

As Nigerians, especially the younger and the youngest generations to whom much has been given with respect to the freedom of speech and interaction offered by the world wide web, access to global archive of past, present and future knowledge, extant technological advancement all around, we need to understand that the past generations will continue to mock you if you choose five hundred naira notes and measures of rice in place of what truely belong to you.

It is convenient for most persons to complain about what they think isn’t good in the country or what they heard others complained about without actually knowing what should be. Everybody just wants to hear his or her voice.

P.S.: I wish the citizens of Osun State a free and fair election today. I hope that the will of Allah, God and Olodumare would be fulfilled over the fate of the state today and always. At the moment, power has just been seized. I believe it’s to force every registered voter out to play their part in what we brand democracy, however way it is practised here. Should it get to that in a sane country; well, maybe not. Then, one is left to wonder, what sort of country are we?