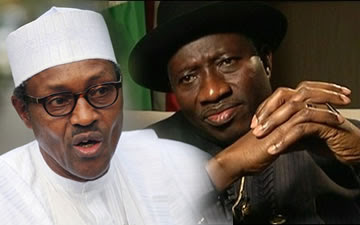 I must start by tendering my unreserved apology to my followers for not being able to deliver last week. I had a certain deadline that hung to my mind like a vagitus of my son, I had to attend to it.

Our political climate is becoming more and more interesting as our relative ‘peace’ is further threatened by so much perforation of the societal layers by the fetid release of political gases that will evaporate In no time. So I will implore you, not to be carried away.

The primaries are done with results of the clinging of party tickets by tyros and the re-emergence of the old order. Then we will be graduating to the ‘secondary’ come February 2015,  and eventually  matriculated into the ‘tertiary’ starting 29th May, 2015 all through till 2019 before we can reasonably convoke,  successfully or otherwise depends on the choice we make.

The hood does not make the monk. – Williams Shakespeare

That a rogue suddenly jumps on the bus conveying some Reverend Fathers or Sheiks should not be taken as a chance to beatify or adinnized such without consulting our wristwatches. And a pious man or woman that erroneously finds himself or herself in the camp of thieves should not be crucified offhandedly as an initiate of the gang of robbers. Circumstantial ad hominem is not just a spatial occupation.

Omo Ajanaku ki  nya’ara, omo ti eya ba bi eya ni o njo . The foregoing is a Yoruba proverb that means there is no way a lion will give birth to a leopard; likes beget likes.

There is a way one could arrive at a sound judgment by tracing the biological traits of the parents. Darwinism is a good pointer in this direction. Though there is an ongoing genetic mutation in the field of Biology but it cannot be said to be 100% successful. God’s way cannot be imitated.

In essence, before you cast your vote for any candidate look at them through the eyes of their parents, family background, etc.

I am sure no rational human being will vote for any Iboris, Abachas,  Fani-Kayodes and their likes unless they are not related to those progenitors we know.

Inu Ikoko dudu l’eko funfun ti jade. Though the pot is black yet from it, springs delicious meal.

Relativism of this to our political choice is so simple. That a man has a horrendous past does not mean he is continually bad. I am sure you must have come across many heavy risers from muddy background. For example, one man used to have no shoe but now he is a President.  Also, that a man has an elevated background does not mean he has an elevated mind.

If you must cast your vote for a rogue, because I know some of us will vote for a set of people like that fugitive in Ogun state vying for a Senatorial seat in the National Assembly, then do it wisely.

If you must make a bad choice then do it handsomely bad.

You check the kind of ring leaders/ cultists they were/are. Delve into the kind of scams they had pulled or are pulling. Check the brutality of their callousness/oppression. Check the barges of hard drugs/ammunitions they have trafficked or are trafficking.

Check those bad records if you really want them bad.

I am sure some of us would have come across this saying “a bad fruit does not make the orchard corrupt”.

To an extent that saying may be correct but when you look closely one will not be convinced if you judge someone in relation to the company they keep.

“Show me your friend and I will tell who you are”.

That a man goes about touting Awoism, Zikism or Ahmadu-Belloism does not mean he believes what he is sermonizing.

I know a political party that made CHANGE their singsong yet we see that they are somewhat not the change agents that we deserve. I even know another party that mottoes POWER TO THE PEOPLE but we see how they have been operating with reckless abuse of office and power; they tread the systems with utmost impunity. Their garbs are sewn with corruption. Apology, stealing.

I have a good road behind my house that was built by BRF. He lights the road with heavy generator because the authority that is responsible for lighting our homes and roads has failed woefully to carry out their responsibility. My primary concern is who will come after BRF to maintain or surpass the quality of governance and political-cum-social deliverables he is popular for?

My people, the précis of this treatise is for you to look beyond party, religious, occupational, sectional and other divides by choosing wisely. Remember, the people deserve the kind of government they have.

One thought on “#PAUSIBILITY: THE FRUIT. THE TREE. THE ORCHARD by Adebayo Coker”