“Shall this Nation stand?” is a mere rhetorical question because what would one expect of a human being whose body parts (head, eyes, nose, limbs, trunk, toes etc) were assembled from different species of animals and joined with dirty-water-soaked piece of tissue paper rather than welded? It is a question, nonetheless.

The visit of Femi Falana, SAN, to the Obafemi Awolowo University, Ile-Ife on Thursday, the 4th of December, 2014, where he was the Guest Lecturer at the Faculty of Environment and Design Management Guest Lecture Series, titled, “Legal Rights to Environment” gave 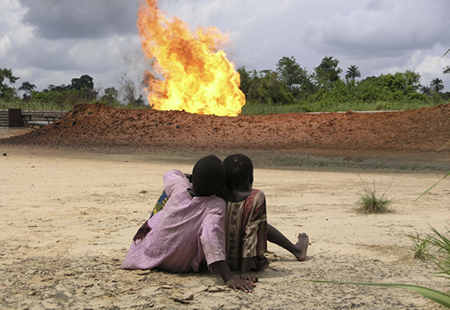 birth to certain questions and challenged many members of the audience (I sincerely hope) to begin and continue asking questions (the right questions).

In his words, “There is corruption in Nigeria because we have stopped asking questions. And to resolve this, we must ask questions.” Not just any questions I suppose. A brother and friend of many years, Adeojo Kolawole Adeyemi, asked us some questions without prompting, “What happened to Stella Oduah and her armored cars; what is the fate of Diezani Alison-Madueke and her private Jet; the 20 billion dollars uncovered by former Governor of the CBN, Sanusi (where did this guy get all the monies he threw around when he was governor? Was he Father Christmas at the time?); what happened to the Femi Otedola and Farouk Lawan’s case; why haven’t we heard the last of the subsidy corruption allegations and facts; how about the millions of dollars found on a chartered plane in connection with purchase of weapons; who are the sponsors of Boko Haram; what happened to Azazi after he opened can of worms?

Femi Falana, SAN, tacitly asked some questions and provided acceptable reactions to them.

WHO WON THE ELECTIONS IN THE RECENT OSUN STATE ELECTIONS?

WHY ARE WE IN COURT ON THE RESULTS OF THAT ELECTION?

(Laughing it off) In Nigeria, it has always been the way to go. Everyone who loses an election necessarily resorts to court in order to keep his/her electorates busy with the hope of a possible victory through legal proceedings and to dissuade them from changing allegiances. When such a case is lost, they resort to appeal and this rigmarole continues until another election comes knocking. 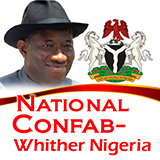 WHAT IS BOOK HARAM?

Boko Haram constitutes people, who in their distorted political ideology believe they are fighting corruption. Many Nigerian leaders are corrupt and have invariably corrupted Islam; hence, they need to set out to purify their religion, Islam. Since western education is associated with the elite who constitute the bulk of the corrupt, the first step is to ensure the abolition of western education and institution of Sharia. Therefore, anyone who is against western education is anyway must be a Boko Haram. What this means is that many of our leaders are also Boko Harams since they collectively make it difficult for Nigerians to receive proper western education in their own ways. As against the provisions in the nation’s constitution, there is no single government that implements the free nine years basic education. Suing the government, FF SAN was asked by the Judge, “How many children have you?” “Three, my Lord!” “Are you able to pay for their education?” “Yes, my Lord”. The Judge concluded, “Falana, gbo ti e (meaning, Falana, mind your own business)!”

Going forward, we have heard a lot about Fundamental Human Rights. They are enshrined in the law; there are several NGOs that receive moneys in order to promote these rights. What do we have? Lip service. No one cares. When you talk about freedom of speech; how do you exercise it without education? In fact, any of the rights requires education to be aware of them and to exercise them fully. No wonder the governments of the past, hopefully not of the future, have made great attempts to destroy education so that the people will not be aware of their rights.

Again, how does one exercise his freedom of movement when he does not have the financial muscle to achieve it? “I want my pregnant wife to deliver in the United Kingdom because I love her”. You ensure her travel to the UK not because you love her but because you have the money.  But poor people also love their wives and would love them to deliver in the UK too but no economic power to ensure they travel. No wonder there are no social security measures for many.

WHY ARE OUR ROADS NOT GOOD?

FF and a friend were traveling and rammed into a pothole on the road – a very small pothole. This friend, incidentally a lawyer, filed a complaint against the government for not doing her job. The government preferred to settle this out of court and this is because of the fear that many of such complaints may become the order of the day. Why were they voted into power if not also to repair these road but it just makes sense that no one cares about the roads; just their pockets and a reelection.

THE POLICE AND THE LEGISLATURE, ARE THEY STUPID?

Fela Anikulapo-Kuti was, at a time, arrested by the police for smoking in public. He was asked, “Why are you smoking in public? But your brother is the Minister of Health.” Fela replied, “My brother and the government do not know what they are doing. The real smoking in public is done by Molue buses in Lagos and not this shikini (small) smoke. Besides, how do you make laws against smoking when you have never smoked; how do you know smoking is bad then?

WHAT IS THE SIGNIFICANCE OF THE MONTHLY ENVIRONMENTAL SANITATION?

Once a month, Nigerians are given home arrest for three hours in order to clean their houses. Does that mean none of us cleans his/her house daily? Does that mean we are dumb enough to be told when to clean? Or is the government at a mischief those three hours we are arrested in our homes every month? Ebun Olu-Adegboruwa is currently challenging the government over the detention of Nigerians for those hours on a monthly basis.

WHY IS THE NAIRA DEVALUING?

Many economists will give quite plausible explanations for this but is it not obvious? The delegates, who are going to vote at the party primaries have become sophisticated or the aspirants wants favour; hence, dollar sharing has become more attractive than naira and everyone is mopping up their dollars in the market for this purpose of bribery.

To solve some of these problems, we must engage in political action, far beyond the reaches of the law as many of these laws were made not willingly. It should also be noted that a neo-colonial economy like ours cannot be run in the interest of the people.

WHAT’S REALLY GOING ON IN GOVERNMENT QUARTERS RELATING TO OUR BEING LED? IT’S OUR RIGHT TO BE LED RIGHTLY BY ASKING EVEN THE MOST BASIC QUESTIONS. WHY AM I, A NIGERIAN, BEING TREATED LIKE THIS (HOWEVER THAT IS) AND HOW BETTER CAN I BE TREATED? THIS HAS NOTHING TO DO WITH WHATEVER HAPPENED IN THE PAST BY DEAD AND ALIVE FORMER PRESIDENTS; HENCE, NO BASIS FOR COMPARING PERFORMANCES AND DELIGHTING IN “THIS ONE IS BETTER THAN THAT ONE AT LEAST”. NOT ACCEPTABLE, THIS IS COMPLACENCY. WHAT’S IMPORTANT IS THAT TODAY, WE SHOULD DEMAND TO BE LD RIGHTLY AND GOING FORWARD, IT CAN ONLY GET BETTER. WE HAVE THE DESTINY OF NIGERIA IN OUR HANDS AND HOWEVER WE LIKE, WE SPEND THAT CARD.