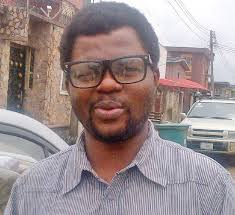 It will be gubernatorial elections tomorrow. No doubt, I will urge everyone to go out en masse, just as we did during the Presidential Elections, and cast our votes for any candidate of our choice. Nobody is going to drown especially if you take caution and do not go near the lagoon if you cannot swim.

Please and please, stop degrading the palace of The Oba of Lagos. We all have failed to realize that there is no  superhuman. What happened was just an act of the gods as it occurred to me that someone had been sharing in the drink of the deities for a long time but the day in question was just the day of  reckoning.

The task before us is to make a choice of who will govern our states. And I wouldn’t want us to be carried away by any side attraction or distraction.

If I were to choose I will look at who is just kidding and who is not. I will check the pedigree of the candidates before me: the kind of company they keep, as we all know “birds of a feather flock together”, their utterances since the beginning of this whole political hullabaloo, their disposition to the continuity of the good things that are happening around us and their readiness to align with a genuine change that has been activated on March 28th. I will not just cast my vote because I want to register my protest to what someone said or did not say. I will not allow my sense of good judgment to be clouded by some unsubstantial swaggering of a kidder.

I must doff my hat for all of you that defended what is right in the #OneSidedLagos on twitter, regardless of your party affiliations or interest; you have proven that your parents really took time to show you the difference between white and black. For those that would want to subvert the truth, I give kudos to you as well, as I can categorically tell that your parents are/were classically decadent in their duties and responsibilities in bringing you up.  Truth is truth. It can’t be subverted. Only if you are an enemy of progress will you put an elephant and a donkey in the same cluster. Fashola o kii se egbe baba won. Fashola is a peerless achiever. I am not even sure anyone around will equal his record. Enough said, don’t go vilifying me like you did to Eleko. I have only spoken proverbially.

When Fayose was going about town like he loved GEJ so much that he could even give him his mother to wife if Mama Peace wouldn’t cause wahala, I told someone that this guy didn’t like GEJ one bit but was only acting in self interest just as many other thieves that castrated the President’s virility for good.

He knew he rigged himself into the Office of the Governor of Ekiti State, even when we all had thought it was his stomach infrastructure that won him the seat(even at that, it was crass). The #Ekitigate tape proves otherwise and revealed his usual crooked low.  Fayose realizing that the only way he could  continue to perpetuate himself in office is only when PDP ( because the letters PDP are laced with corruption) remains in power and that was why he went on his hyper-support/campaign for GEJ.  But now that the people have voted out his failed party at the centre, which inadvertently subdued his crudeness to an extent, and also gave the nineteen lawmakers which he had hitherto sacked and ostracized( in his habitual agbero manner) from the state with the help of his corrupt party, the boldness to come back to take their rightful position, and taking their rightful position means Fayose would be treated deservingly and tossed into the gutter where he always belong, he went haywire (typical of him) and was ready to bring the Fountain Of Knowledge to its knees. I am sure the many Professors in that state will not allow an ‘illiterate’ (by Ekiti standards)  to trouble their lovely state.

If not now, Fayose WILL NOT finish his term as a governor, as I strongly foresee that he will fallout with the good people of Ekiti once they realize how much of a toughie they have as a governor, and they will march on the legislators to have him impeached.

I want this impeachment ONLY because I would not want any part of this lovely country of ours to  secede just as he had threatened amongst his many other vituperations.

To those clamoring for clemency, let me admonish you never to make a mistake of trying to domesticate a wolf that lived all his life in the jungle; his penchant for flesh can never be subdued by any level of sophistication. If you try it, you will be his immediate meal when his quest calls. But we can make Fayose a happier man by allowing his name to be imputed in the Guinness Book Of Records.

This is just his reckoning.

Adebayo Coker is a wordsmith. Societal Fragments, A Man Like Me: Noteography Of A Father To His Son, and Wobbled Words are his published works. He just finished writing Quarantined Vanity and working on What Suzzie Wants(a compendium of women’s plights). debayocoker@gmail.com  adebay_c