I found the piece below presented by Osilaja Tholulopeh Oluwabunmy and thought it a responsibility to record and re-present for evaluation and re-evaluation.

True or fable? Our comments may be important…

1. Ijebus were the first people to have contact with Europeans in 14th century.

2. Ijebus were the first to be educated by western education.

3. Ijebu is the largest Ethnic group in Nigeria.

4. First people to manufacture gears of wars in history of Nigeria.

5. First people to contend the slavery extortion in the region.

6. The first people to invent money made from cowry shell, later made Coin called “PANDORA”, which acceptable through Africa and Europe.

7. Ijebus were first settlement in Lagos and Ibadan.

8. Ijebu is the only tribe in nigeria that has its origin from bible days.

9. According to the Biblical account, The Jebusites were a Canaanite tribe who inhabited and built Jerusalem prior to its conquest by King David

10. Ijebu was the first indigenious CLERK to European missionaries.

11. The Europeans Observers found them more intelligent than the other groups in Nigeria.

12. When Oduduwa was blind, Ijebu King (fifth Awujale) was the one to provide remedy to restore the sight.

14. Ijebu was the one to raise agitation for emancipation from colonialism.

15. Ijebu King(Orimolusi) was second Oba appointed by colonial master for London conference in 1957 to negotiate Independence.

16. Chief Obafemi Awolowo was the first individual in the modern era to be named Leader of the Yorubas (Asiwaju Omo Oodua)

The richest black woman in the world, Mrs Folorunsho Alakija, is an Ijebu woman from Ikorodu Lagos(waterside Ijebu)

18. Ijebu man was first Nigerian to play in English premier league in early 60.

20. Ijebu man was first musician to perform outside the shore of Nigeria. 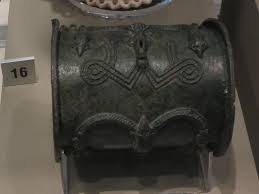 2 thoughts on “20 Amazing Facts About Ijebus: Why Ijebus are hated???”