“How can there be anything which has no cause?”- Philebus.

My dear country is fast being plunged southward by these libertinage politicians that we have, but my major pain is that most of us have decided to just watch as these debauchees take us for a ride. There is nothing much we can do at this time but being steady and stalwart. We all must do what we must do to change the situations that we don’t like.  Our cumulative efforts will yield expected results and we will live as the good human beings that we are only if we will stop these crabbers.

Allow me quote extensively from the book of my good friend, Ayo Dada, The Sage:

A uniformed man, who was hastening towards his point of call, mindlessly shoved aside the devotee…

Scared at the sight of the brute, the devotee gave way and bitterly hurled at the fleeing man:

“Karma will get the better part of you!”

The Wise One was furious: “Nonsense!

He lashed you and you made no protest!

Now, you prattle cowardly about Karma!

Or know you not, that if you protest not against injustice, you would thus be furthering evil?!”

There are many questions we should be asking and I am sure if they are not answered to the best of our understanding, then we will not know how to effect the correction of this abysmal leadership.

If you can recall the media chat that GEJ had immediately after Shettima ran to Abuja and told the world that the kalachin being held by Boko Haram far outsmarts that of the Nigerian Army, I will urge us to take note of the statement he made during that chat. He said , in his usual tactlessness, that he would see how Shettima would be able to govern if he (GEJ) recalls the soldiers in his state for a period of one month. And, just a week ago, Ebele expressed his utmost joy with the state of insecurity in some states because they are not PDP states. I am not saying GEJ is culpable in the carnage going on in the North East, but with due respect to the Presidency, there is an indication that someone very high in the Presidency needs to be viewed as a witch that cried yesterday and the baby died today. 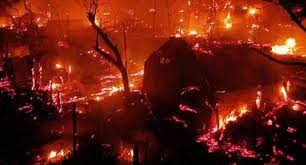 Also, last weekend, Architect Na Mad Sambo declared War in Ekiti during the PDP rally while raising the hand of one of the greatest conmen that ever walked the face of the earth as their party candidate in June 21st Gubernatorial elections. My people, what happened the day after can best be described as barbaric: an obvious case of a witch- cry that led to the death of a promising young man. That same Sunday while an attempt on the Governor’s life was made as a peaceful assembly of people in Ekiti was shot into by the Nigeria Police, somewhere in Kano, a violent “demonstration” erupted after the announcement of HRM SLS as the new Emir of Kano, at which demonstration venue the same Nigeria Police stood aloof and watched the protesters as they brandished weapons of various sorts and sizes. Indeed a witch is somewhere getting drunk on the blood that was being “shared” with this widespread carnage taking place without checks.

The establishment has always feared writers, because writers have the weapon of clarity, and when they choose to use it, it can be deadly. – Arundhati Roy

From last week, we have been witnessing a new gag being worn forcefully on our Freedom of Speech. First, it started with NBC demanding that the names of political commentators that are being invited for political programs be sent to it 48hrs before the scheduled program. Isn’t that a way to put people like Jimi Disu and the likes in utmost danger FROM the government?

Also, the Nigerian Army is already launching a take- over of power and we all call it clampdown on the press. Clampdown my foot! I call it a Coup d’état against the Nigerian people. If the Presidency, through the salacious Doyin Okupe, (every word of his rotten tongue is deceitful. An iota of truth he has not within. I can even rightly say that he is a fraud) affirmed the ignorance of the CnC in the operation of the Nigerian “Armying” of the press, then we should all be prepared for the worst. How else can one describe the inability of the Nigerian Army to confront insurgents when we all know their abode, but moved with perfect assiduousness when it came to intimidating the Nigerian public? I would have taken the FG seriously if Abati had come out to deny the culpability of “this” CnC in all of these (I can still touch Abati with a 1000m pole) but they seem to be lacking credibility, all of them.

There is no doubt that the ‘Armying’ of the press came because of the reportage by one of the National dailies of some land scheme involving high ranking officers of the Nigerian Army, if not, why wait till the day after the report was published to launch such an assault on the pretense of looking for ammunition being purportedly transported via newspaper distribution vans? Tell that story to the sheriff. Sherifat sef no go believe am.  Labaran Maku (Maku in Yoruba is a name given to stillbirth babies) had earlier warned the media “to define the line between the urge to report and protect the interest of our nation” but no credible individual will play this game since every sane person knows the interest of this nation as evident by this present administration is to feed lies, hence the use of military might against the press. Another witch- cry that was followed by the death of the child.

My fellow brothers and sisters, I do not understand the joy some of us derive at the pain of others. Neither illiteracy nor its polar opposite, education, are equipped to dampen the human spirit for gore and other people’s misery. Please and please let those who have that attitude change and beg God for forgiveness. Long before Late Dora Nkem Akunyili finally passed, some of us have drummed her departure.  Ki lo de! She was a great Nigerian that served her fatherland even to the point of her demise. Another cry from the witch that led to the demise of a lady of exemplary service. May God grant us all the fortitude to bear this loss.

Finally, His Royal Majesty, Sanusi Lamido Sanusi, the Emir of Kano. Congratulations! You have been superlatively destined to ascend this throne; those that are contesting your ascension should have gone to the Creator and asked why He put you in the lineage of the blue bloods. Long live the Emir. Before you ascended the throne, you showed the world that you are next in line. Atobatele!

Whether anyone comes to Kano or not to pay obeisance to the Emir is immaterial. Their tenure will end and I pray that God grants you long life on the throne of your forefathers. When they leave office they will be stripped of all political powers and I am sure you will come in contact with them on occasions. They will bow, willy-nilly. Just put your efforts into making the North a heaven on earth by educating and enlightening the populace. Let the people know that ‘book‘ is essential and it is the major ingredient (apart from your blue blood) that pushed you to where you are presently. Let others enjoy the privilege too.

I also congratulate Sanusi Ado Bayero for outliving his father, but he must also know that he needs to call his riotous supporters to order because whatever they destroy is the Late Emir’s (his father) legacy. HRM SLS has not settled down enough to make any imprint yet.

If you are a witch that must cry, ensure no child dies after your wailing, remember….”suffer not a witch to live”.

I don’t expect anything from these guys that have gone to Brazil. They have always been known as colossal failures world over. I mean David Mark and Co.

As for Keshi and his boys. Up Eagles! 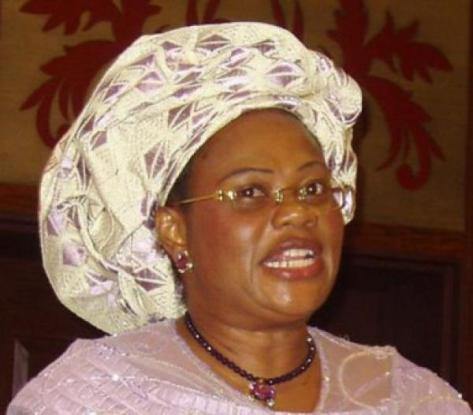