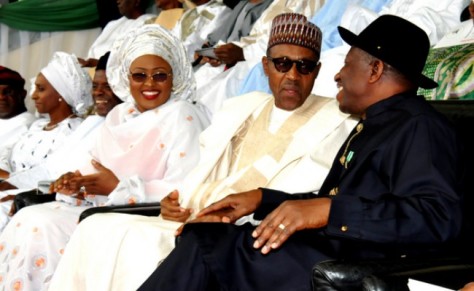 The Presidential inauguration has come and gone. The old (if there was any) government had gone and the new is here. Like they say, the dog must hit the ground running. The previous government, it must be noted, had been accused of ‘doing’ so many things wrongfully but I’m afraid before the handing-over, she was not so much accused of what she was supposed to do that she didn’t do.

Of the things that government was accused of, corruption (or stealing, if you mind) was prime; others may be aiding-and-abetting of eli-thieves, institutionalized state-pardon for criminals, widespread employment of rogues and never-do-wells (for them to come-and-chop), iro ojukoroju (blatant falsehoods), political indiscretions and…fill in the gaps. And…

Of the things the government never bothered to do, one can list many. She was never keen on road construction, reconstruction or maintenance; and, where she embarked on such, she never bothered to complete it. Completing the task was apparently not the government’s cup-of-tea. She never cared about her citizens, who she abandoned in foreign countries on government scholarship. Those ones could go to hell if they could not sponsor themselves out of their own pockets. She also forgot about the little, poor, ‘pity’(nay pretty)-faced children, homeless and maybe orphaned on the streets. That government would rather employ the services of the bad roads in ensuring her vehicles’ tyres splashed the browned rain-water the bad roads carried on these helpless street children. The head of that government forgot some of the promises he made ahead of his government, one was that he won’t run for an election a second time. Two, was that offenders would be adequately rewarded with their own coin.

The government did not do well enough to block the pipeline of liquor that probably perpetually carried its product through the mouth into the belly of the head of that government. Not too good, although there were no facts to support that; other than what was available through the grapevine. Well, where else would one be expected to learn of such if not the grapevine? What other confirmation one would have of this was another thing that government didn’t do. The head of the government didn’t strike the pose of a leader, figuratively and literally. He probably was tippling most of the time to have said (more like confessed or screamed for help), “I get contradictory advice on issues”, whereas Obj was accused of the opposite when he alluded to the fact that his Special Advisers were mere figureheads.

That government, first time a government will be a woman in the real sense of the word, with the help of some state governors, also forgot to pay the salaries of their workers for several months. It became more dignifying to be unemployed and happy-to-go-lucky than painfully employed. Ask civil servants of several states, while not forgetting that even the federal workers were not left out.

Bring to mind the protracted strike action embarked upon by the Academic Staff Union of Universities (ASUU) in 2013. That government honourably (without being hoodwinked) entered into an agreement with ASUU to call off their strike action. ASUU called off the strike but till the beginning of this new government, the ‘lie-lie’ FGN has yet to fulfill their part of the bargain. She forgot, completely.

What we know. By commission and or omission, the previous government, as feminine (am I supposed to be apologetic to the feminists, at this point?) as she was, had created a puzzle for the new to solve, however they want to. The citizens are waiting with gaping mouths, empty plates and empty bellies and the heads of the previous government are on vacation swimming on mattresses sown with the currencies meant for “we, the people”.

As we begin ‘again’, let’s ‘again’ wish ourselves a happy new year.