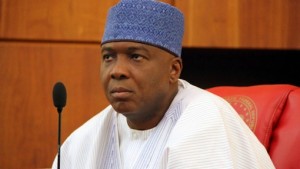 For many years, until recently, I can conveniently say that I was largely selective with choice of music, as against my almost indiscriminate stance with food. However, on a certain recent day, the discovery of the strange pose of the corpse of the legendary music artist, Michael Jackson, in his casket constituted the needed stimulus for me to, even if momentarily, take an amateur plunge into the world of African American music.

It was a Pandora’s box. Like unsolicited pop-up windows, certain question marks popped up at my face. Why is it exclusive
to African Americans to sag their pants? to use guns especially for self-annihilation? to create a gangster system? Why did I never ask these questions till now? Why did I never bother to investigate what influences the African American music have had on cultures? Why did I never listen to lyrics and see the videos of those African American music, which have inadvertently (or otherwise) influenced the pop culture in many African countries? I hope you are paying attention to the lyrics and seeing the music videos and plotting the graphs of trends being occasioned by these?

Let’s take a leisurely trip through some popular tracks. The music video of “Black or White” which was written, composed and produced by Michael Jackson and Bill Bottrell comes handy. Ahead of a murky analysis, let me submit that the video is capable of creating REBELLION and GANGSTERISM.

In the video’s first few minutes, 11-year-old Macaulay Culkin dances to rock music in his bedroom at night. Wikipedia continues, “This attracts the attention of his grouchy father (George Wendt), who furiously orders him to stop playing the music and go to bed. After his father storms out and slams the door behind him (causing a Michael Jackson poster on the door to fall off and its glass frame to smash), the boy retaliates by setting up large speaker cabinets (with levels of “LOUD”, “LOUDER”, and “ARE YOU NUTS!?!”, respectively; with the dial turned up all the way to “ARE YOU NUTS!?!”) behind his father’s reclining chair, donning leather gloves and sunglasses, strapping on a Wolfgang guitar and playing a power chord, and telling the father to “Eat this!”. The sound then shatters and destroys the house windows and sends his father (seated in the chair) halfway around the world, where the actual song begins.” – REBELLION and GANGSTERISM.

At some point in the video, Jackson is seen walking “through visual collages of fire (defiantly declaring “I ain’t scared of no sheets; I ain’t scared of nobody”), referring to KKK torch ceremonies before a mock rap scene shared with Culkin and other children. – REBELLION and GANGSTERISM.

The uncut version of ‘White or Black’, the last four minutes of which contained violent and sexually suggestive scenes, “has generally been seen in the United States on MTV2 only between the hours of 01:00 and 04:00, as part of their special uncensored airing of the “Most Controversial Music Videos” of all time.

Let’s not forget that this 11-year-old Macaulay Culkin was only nine when he starred as Kevin McCallister in Home Alone. – REBELLION and GANGSTERISM. “At the breaking point, he announced he was quitting acting at the ripe old age of 14. A huge part of his decision was to spite his foreboding father Kit who, after buying the huge Culkin brood an upgrade from a one bedroomed apartment to a huge New York City townhouse, was still unhappy with Macaulay and his siblings, even though it was his young sons’ money that funded his new lavish lifestyle” – MoviePilot. Anyone is free to do a google search on Macaulay Culkin to find out more. This reminds one of ThatSenatePresident who rebelled against his dying father for his power and wide-reaching influence.

Here comes another of MJ’s that I love, Beat It. Listening to the lyrics, one perceives – REBELLION (nay, VIOLENCE) and GANGSTERISM. Today, incidentally or coincidentally, you do not have to painstakingly listen to songs or see music videos especially of African Americans (and by extension, of Africans and many wannabes) for you to notice a similar trend – REBELLION (nay, VIOLENCE) and GANGSTERISM. The fulcrum of attraction has become sexually explicit images and lyrics; the sequel to this is that somehow we have all become proponents of ‘liberty’, ‘modern woman’, ‘money at all cost (get rich or die tryin)’ and ‘power’. Look around, those who have hitherto attained prominence with rather ‘conservative’ productions, for the sake of survival in modern times, have had to resort to playing catch up by collaborating (kollabo) with modern trendsetters (get rich or die tryin). You can freely quote me on this with respect to Nigeria.

I suspect ‘get rich or die tryin’ is a culture that has evolved from one of those African American albums. It is a lot of wonder how musicians get to influence life and determine who dies and who lives. REBELLION (sometimes interpreted as VIOLENCE) and GANGSTERISM have been presented to earn you needed liberty as can be observed with Macaulay Culkin and other notable characters in the industry – Just BEAT IT. Once you have liberty, you will be in need of money, as much of it as you can get; so GET RICH or die tryin. And mind you, when you get rich, you have some sort of power and can get for yourself whatever it is you want. Even those seemingly sleek women, garbed in silk fabrics that stay close to skin, deliberately and perpetually splashed on TV screens as a reward for being the modern man.

It is a cycle that has become pandemic, affecting young and old, almost sane and insane, southerners, northerners and those with hidden or lost identity. Here, the person of the embattled current SenatePresident of Nigeria comes to mind. He had a spoilt childhood and, as a growing and grown man, must have been motivated to see Home Alone, 50 Cent’s Get Rich or Die Tryin, MJ’s Beat It and White or Black and obviously quite a number of TV contents that encourage rebellion, violence, gangsterism and most importantly, as it turned out, the get-rich-or-die-tryin syndrome and power acquisition in a do-or-die manner.

That SenatePresident was not born ‘great’, did not achieve ‘greatness’ but had ‘greatness’ thrust upon him. He even snatched whatever greatness his father had left with him before the latter died. Remember Macaulay Culkin’s REBELLION and GANGSTERISM? That SenatePresident, rather than ‘die tryin’, has gotten rich from questionable engagements, in and out of office (was he ever out of office? There was even an overlap as one official duty ran into another). He was for the Societe Generale Bank (Nig) Ltd the ‘Siphon-Director’ through whom the customers’ moneys transmogrified into disappearing loans. GET RICH or Die Tryin.  Just BEAT IT. Double blessing (a fraction of the common religious term, multiple blessings or economic term, multiple streams of income) of being paid as Governor and as ThatSenatorPresident, in his reckoning, constitutes answered prayers. 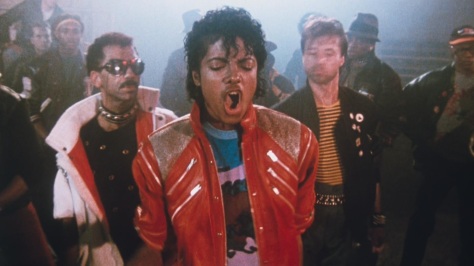 Additionally hanging on his neck are the 13 count charges before the Code of Conduct Tribunal including false asset declaration and recently, the revelation of Panama Papers which indicts ThatSenatePresident as a get-rich-or-die-tryin patient. To determine the favourite song of ThatSenatorPresident, you only have to behold the scene as he approaches the CCT with a huge delegation of lawyers and senators including an ex-attorney general. Every time he approached the CCT with this delegation, one is reminded of MJ’s BEAT IT as the ringleader marshals his thugs. Just BEAT IT.

In finality, let’s take a look at the congruity of MJ’s BEAT IT and the case of ThatSenatePresident.

April 20, 2016.
ThatSenatePresident’s legal representative filed an application demanding the disqualification of the CCT Chairman.
BEAT IT.
They told him, “Don’t you ever come around here.
Don’t wanna see your face. You better disappear.”
The fire’s in their eyes and their words are really clear.
So beat it, just beat it.”

April 23, 2016.
ThatSenatePresident said that his refusal to support a Muslim/Muslim ticket for the APC in the 2015 presidential election is largely responsible for his ordeal. He said this was his original sin and those whose ambition were truncated by this position had been doing all to frustrate him.
BEAT IT.
They’re out to get you, better leave while you can
Don’t wanna be a boy, you wanna be a man
You wanna stay alive, better do what you can
So beat it, just beat it

Numerous dates.
The ‘bone-face’ ThatSenatePresident has on everywhere he goes is just a front that he’s not scared and is up to the challenge.
BEAT IT.
You have to show them that you’re really not scared
You’re playin’ with your life, this ain’t no truth or dare
They’ll kick you, then they beat you, then they’ll tell you it’s fair
So beat it, but you wanna be bad.