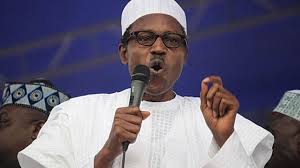 I had promised my wife that I was going to switch off my phones and that I wasn’t going to put my hands on any gadget, let alone adding or editing any manuscript, but on Monday, I broke that promise as I was passionately provoked to reply a guy on one of the social media platforms when he ridiculously asked: What is Oby Ezekwesili’s pedigree for her not to be questioned by the DSS? I jokingly told my friend that I will only answer his question if he would mention someone in his lineage that could rival her record. Did I say too much? END_OF_DOCUMENT_TOKEN_TO_BE_REPLACED 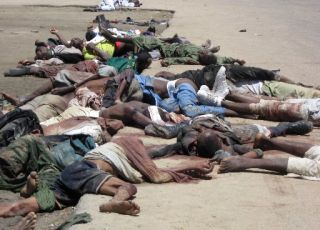 With the indiscriminate ‘butchery’ of Nigerians by the dreaded and attention-seeking Boko Haram, all Nigerians are as good as dead. And one wonders if by Nigeria, we are referring to a country and not a mere geographical tag of a space, where anyone is at liberty to do anything in the name of whatever goddamn thing they believe in. No one knows when he or she may be the next victim of their senseless killings until it has happened; unfortunately, dead persons know nothing of such, I suppose. However, there are some victims who are given the privilege of being injured and that’s if their situations are not worse than being dead.

Is this a country? Whatever the response may be, should it remain so? In the last few years and at every turn, thousands of Nigerian humans with full constitutional rights, not fishes or insects, have been ignobly murdered. Shortly before their deaths, they all must have believed strongly in the supremacy of the constitution of the Federa END_OF_DOCUMENT_TOKEN_TO_BE_REPLACED