“E go land…e go land…na em butterfly dey take enter bush” is a direct translation of an expression of dynamism. In this piece, it is the dynamic nature of all human relationships and activities and how they influence our choices that constitute our concern.

Just recently, like play…like joke…, a well-known bald-headed friend of mine and I digressed into a heated argument from a general discussion about a Nigerian woman – Kemi Omololu Olunloyo, who many perceive as having a mental challenge and who has recently gone public with the claim that a popular Nigerian Pastor, Daddy G. O. (as END_OF_DOCUMENT_TOKEN_TO_BE_REPLACED

My good friend and brother, Jeff Underwood asked me earlier in the week if I’m considering posting any other thing on my blog apart from politics. It’s a good question as I have asked myself the same over and again; in fact, I attempted being apolitical on my blog sometime back but to tell you the truth, there is no way one would demand change in this clime without being political, a passivist or Dokubo-like, especially with the rodents that parade themselves as leaders because people with good brains lack the will to offer themselves for service. We must start considering our stance. Enough said.

The Government of the Federation or of a State shall not adopt any religion as State Religion.

Section 10 of the 1999 Constitution of The Federal Republic of Nigeria.

The motto of the Federal Republic of Nigeria shall be Unity and Faith, Peace and Progress. Accordingly, national integration shall be actively encouraged, whilst discrimination on the grounds of place of origin, sex, religion, status, ethnic or linguistic association or ties shall be prohibited. END_OF_DOCUMENT_TOKEN_TO_BE_REPLACED 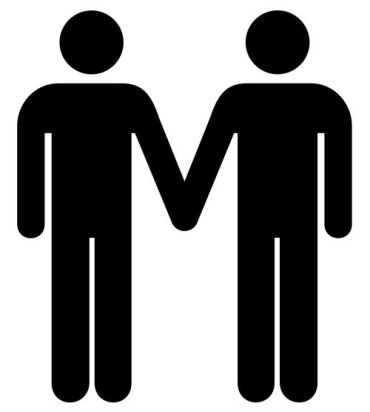 For you are like whitewashed tombs which indeed appear beautiful outwardly, but inside are full of dead men’s bones and all uncleanness. Even so you also outwardly appear righteous to men, but inside you are full of hypocrisy and lawlessness.

Nigeria is said to be a very religious country. According to a 2003 report, which is recorded in Wikipedia, 50.4 % of Nigeria’s population are Muslims, while 48.2 % are Christians, and 1.4 % adhere to other religions. Which is another way of saying that practically all Nigerians believe in one religion or the other. Almost everywhere in the Southern part of the country can be seen churches and other such Christian gatherings. While, in the North, blood is constantly shed in The Name of God. Thus giving the impression that Nigeria is a country of citizens who live a life of total commitment to The Almighty. Yet, like The Christ has said, “Even so you also outwardly appear righteous to men, but inside you are full of hypocrisy and lawlessness.”

Thus you see the hypocritical and lawless Nigerians trying to dictate morals to the West. “No,” it says to Western leaders. “We cannot accept your homosexuality. We cannot accept your perversion.” Then it concludes its moralizing with threats of a very heavy jail term for those unfortunate enough to be caught practising homosexuality in the country. A conclusion that was applauded by most of its citizens; who placed editorials in the Press, letters to editors of newspapers and magazines, essays and articles, and other such opinions, all in the mass media; all expressing their approval of the motion and their denunciation of Western perversion. END_OF_DOCUMENT_TOKEN_TO_BE_REPLACED