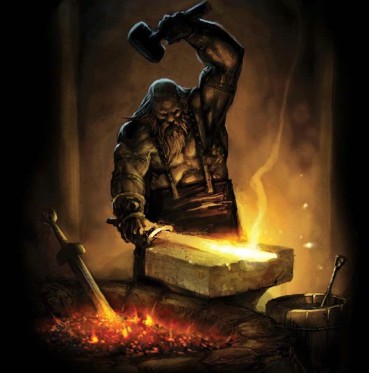 With a million smiles from the heart and many more
I bring you evergreen tales from forever land
With arms wide opened, stretching into the core
I brought stories of adventures from the wild
Between Scylla and Charybdis
When the muscles are flaccid and weary
And men draw wrought rivalry

END_OF_DOCUMENT_TOKEN_TO_BE_REPLACED

by ‘Lakunle Jaiyesimi Dear Hannibal, I received your letter from the dead football fans. And from their body language, if they have the means notwithstand

Source: Letter from the son of man: Why PDP needs to stop playing victim » YNaija

by Adeojo Kolawole Adeyemi Hannibal   Dear Son of Man, The will to do what is right in the face of medley temptations, mostly from peers, can actuall

Source: Letter to the son of man: Nigerian politicians and their comedy shows » YNaija

Just as we are trying to extricate our feet from the bog of bohemian that epitomises our national lives, some irascible juveniles in garbs of senility are trying to sink our feet deeper into the marshes of ignominy. What we witness here daily is enough to infuriate rational minds into irrational acts that may encapsulate and consume our sovereignty. Daily, our leaders, filled with hubris and self-demanding in their egocentric cocoons, serve illogic diets as menu for the palate of the famished public and leave them drooling in diarrheic spurts. END_OF_DOCUMENT_TOKEN_TO_BE_REPLACED

How best can I express my disappointment in our dispositions as a nation than this little space afforded me to ventilate on issues beyond my power to alter? It is true, what you said in your last letter, that we take one minion step forward and two giant ones backwards. Your allegory about the driver and his passengers was on point with prejudice to the Nigerian state and its unpalatable leadership cum followership trail. If the passengers see nothing wrong in the reckless drive of their driver, I am afraid there is little or nothing to be done to avert a doomed journey. How much of our negligence and complacency are responsible for the wantonness of our leaders? How much of our indulgence renders leaders unaccountable? And just how much of our sycophancy END_OF_DOCUMENT_TOKEN_TO_BE_REPLACED

This long and crooked path,

Stretching out the petals of intrigues

is to Labinnah just a thorny road to glory.

That strong and mighty soldier? END_OF_DOCUMENT_TOKEN_TO_BE_REPLACED

While the statement above is true, so much needs be done by the people of Nigeria, END_OF_DOCUMENT_TOKEN_TO_BE_REPLACED

I am excited as ever to get your timely correspondence. It was a timely balm that soothes the strained joints of our daily struggles. More so, it was an insight into a higher mind that proffers pragmatic panacea to our constant societal problems from a distant world, while opening a vista for dialectical discourse on our continued existence as humans and as citizens of a highly soldiered sovereign alliance.

END_OF_DOCUMENT_TOKEN_TO_BE_REPLACED

“This is a court of law, young man, not a court of justice”, are words attributed to Oliver Wendell Holmes Jr., one of the U.S. Supreme Court’s great Justices (as he then was). They were uttered in response to the argument of a young lawyer who mentioned severally while arguing that his client sought justice before the court.

Again, and in response to your well-articulated exposé on the mob-action against the wellbeing of justice in our dear country, I reiterate the words of Holmes, “This is a court of law, young man, not a Court of Justice”. END_OF_DOCUMENT_TOKEN_TO_BE_REPLACED

My conscience bleeds this morning for my country. Not because of the many upheavals, trials and tribulations we face daily, these could be surmounted by the repositioning of the human mind, but because the country completely wallows in indulgence that conveniently metes out justice as a selective, eyes wide opened sword wielder, rather than the blind lady with an impartial sword, ready to give it to anyone, irrespective of status, class or creed, according to the measurements of the scales in her hand. My conscience actually bleeds because I belong to a nation that has lost its soul. The irredeemable path taken by us as a nation had revealed our recidivism and only a soulful diagnosis and conscientious surgery of the root cause can redirect us from this annihilating path that leads to nothing but perdition. END_OF_DOCUMENT_TOKEN_TO_BE_REPLACED

With today passing by,
without me penning these words,
it would have been aeons that
inspiration permitted me to create.
But like magic,
this day comes packed with her own words
and I dare it to touch on days to come.
Labinnah,

END_OF_DOCUMENT_TOKEN_TO_BE_REPLACED

wraps up into a big whole

this day and the next two

of may, twenty fifteen. I was there!

The Bass and the Soprano,

One anchored to the other. END_OF_DOCUMENT_TOKEN_TO_BE_REPLACED