While the statement above is true, so much needs be done by the people of Nigeria, END_OF_DOCUMENT_TOKEN_TO_BE_REPLACED

has joined the league of Burj Khalifa and

the statue of liberty.

Seeming to mock our dear country,

The tourist asks, “Where is it?

Can I go see Chibok?” Like no one knows it was END_OF_DOCUMENT_TOKEN_TO_BE_REPLACED 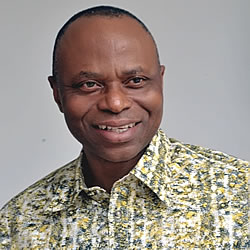 On April 14th 2007, I was at the Christian Corpers’ Lodge in Alagbaka, Akure, Ondo, waiting for Maurice Iwu’s (or Iwuruwu as my friend calls him) INEC to announce the Winner of Ondo State Gubernatorial election. The wait lasted more than two days and allegations of rigging out Mimiko started flying round. Against public opinion, Dr. Olusegun Agagu was announced as the winner and this was followed by mass protest in Akure, Ondo, Owo and several other towns and villages in Ondo State.

Dr. Olusegun Rahman Mimiko was the people’s choice by a wide margin but the PDP rigging machine that was well oiled by the then president; Chief Olusegun Obasanjo and manned by the controversial Prof. Maurice Iwu returned Dr. Olusegun Agagu (they love this Olusegun name in that state) as the END_OF_DOCUMENT_TOKEN_TO_BE_REPLACED 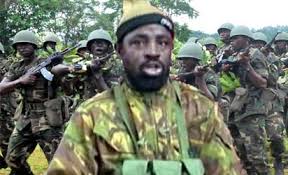 The life of a Nigerian is not worth more than a pawn on a chess board; that is to say, nothing is too big for the Nigerian politician to sacrifice: as long as it is not his/her ambition, he/she is okay by it. Nigeria is going down, locally and internationally. There is no denying it. We need help.

The blood-esurient Shekau showed up in a movie again last weekend, even after he was touted to have been killed many times during different military bombardments and raids of his hideouts; the Nigerian government has made this guy ‘a cat with nine lives’ exemplar. True to what he was quoted to have said in the video on Yahoo News, my heart grieved. My heart grieved because on two different occasions have I woken up from a nightmare that my beloved Nigeria is being overtaken by terrorists. The thought of being ruled by some sickened individuals makes me sick. END_OF_DOCUMENT_TOKEN_TO_BE_REPLACED

Dear compatriots, let me wish you a Happy Independence Anniversary all the same, even though I have never had a more watery Independence Anniversary celebration in my existence as a Nigerian. I would not want to be disinterested in this nation and her politics, as I have come to find out that that is exactly the goal of these political louts that call themselves Nigerian politicians. They are perpetuating a psychological disenfranchisement where the enlightened ones amongst us will develop apathy to politics due to the mishandling of the nation and eventually leave the country, so that the politicians will have a leeway to act indiscriminately without any check. But I have promised myself not to dance to their evil drumbeats, and I urge you to join me by registering, participating, and voting right in the next elections, not forgetting to protect your votes. END_OF_DOCUMENT_TOKEN_TO_BE_REPLACED 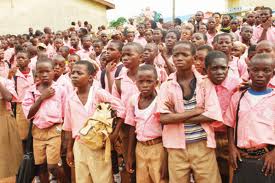 When I was a kid, my elder brother and I had a lovely pastime. It was a pastime we never thought could leave us; and that’s if we never got to leave it. Today, I am not sure to what degree one has left the other. Today is Nigeria’s independence day (53rd celebration of this? Wow) and it is nostalgic. I’ll rather not stare at the television screens for too long. That’s because I do not want tears to run down my face the way they did when I was a kid, staring at the television screens on Nigeria’s Independence days. I cried, inwards to outwards and I wondered why my brother never cried – maybe he cried inwardly – every time we saw other children like us, probably not looking as fine as I thought I was, marching proudly to loud beats of drums and high pitched rendering of the Nigerian national anthem.

What worsened my condition was the very expectation of a knock every year’s Independence day, or the eve of it, by some person dressed in military or paramilitary style, pleading with my elder brother and I to join in the children’s parade for Independence. I thought after all, Nigeria was a country for us all. And all the children of the country were expected to march on special days like this. If not all, at least the bright ones like us. My brother and I were that ingenious (pardon the little note of pride in it. Just thought to report how I feel in retrospect) that we set aside a room in my father/mother’s house at the then Our Lady of Apostles Secondary School, Ijebu-Ode, Ogun State, Nigeria. This room became a country; a country we could call ours, very real as far as we were concerned, far removed from what people refered to as Nigeria – a country we never believed was real, just an imaginary idea as we were only able to imagine everything about the country Nigeria. So, we created our own country – Lupek, the exposition of which will be for another day (But for now, we should be content with the meaning of Lupek – Love, Unity, Peace, Endurance, Knowldege). These are virtues my brother and I still keep today. Don’t ask where we are now. We had a President, Governor of our Central Bank, Ministers etc. We created commodities to trade with (mindful of our national GDP). These items were drawn and cut-out pieces of paper; including most-importantly paper pigs, paper goats,blah blah blah. Our major national revenue source was BOILED MAIZE. We created our own paper currency too – The Lupe. There was enough of it – too much, maybe; a reality that dawned on us after our own World War and we were vanquished by the enemy. The enemy being an Uncle, who sternly asked that END_OF_DOCUMENT_TOKEN_TO_BE_REPLACED

This is more of a review, so be not dismayed to see footnotes, bracketed explanations and all-what-nots.

Following the several ‘negotiation’ (please, don’t tell me a properly elected government has been renegotiating what agreement she willingly arrived at and signed an MoU, for commitment sake. Just don’t tell this guy) meetings between the Academic Staff Union of Universities, ASUU and the Federal Government of Nigeria with regard to the lingering strike rocking the country’s public universities, the Federal Government has, according to the news making the rounds, “decided to break off negotiation with the Academic Staff Union of Universities (ASUU) over what it called the infiltration of the union by the opposition to discredit the government.”

What! That’s alarming. That a government (maybe the people currently occupying that position do not in anyway understand the gravity of their office, utterances and actions) would subscribe to cheap blackmail, libel and outright propaganda against the citizens she’s meant to serve. That’s alarming.

END_OF_DOCUMENT_TOKEN_TO_BE_REPLACED 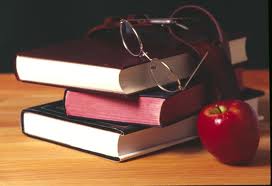 In the year 2013, I stood at the top, the tipping point of a precipice located somewhere remote, almost from world contact but for the cyberspace that connects.
Almost sloughing off self, almost falling off, I stood giddy from stress and lack of sleep and weak from hunger, protracted. Below is a dagger eagerly waiting for the jugular and behind is a team of aggressors, ready to reach out and push, slowly approaching.

Where did I come from; how did I get here in the first place? Had I dropped off the back of a flying (and dying) bird? Maybe it was that I escaped the crash of an aircraft. Or could it be that I was born here…right here on this precipice, never been anywhere else and without a plan to be anywhere else? Something tells me it was my mother, (aside) the best in the world, who blew me here to safety, with the wind, from the reckless claws of those zombies, who killed baby boys in our ancestors’ time.

END_OF_DOCUMENT_TOKEN_TO_BE_REPLACED

More than 20 people don die (I mean, dem don kill dem) in plenty explosions wey happy for one bus station in the northern Nigerian city of Kano, na so people talk am. 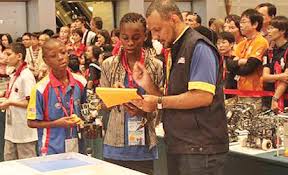 Team Nigeria emerged first amongst four African countries that represented the continent in the 2012 World Robot Olympiad, which held in Kuala Lumpur, Malaysia. 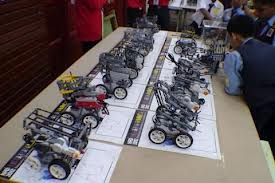 Nigerian representatives include the trio of Mfoniso Moses, Mercy Ingibina Benjamin and Dapreye Zidafamor, selected from public schools in Lagos and trained by Alofos Science & Technology Foundation for the competition.

END_OF_DOCUMENT_TOKEN_TO_BE_REPLACED 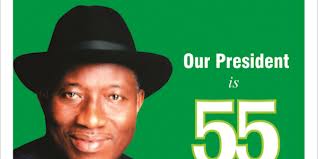 The Presidency never yarn about the death officially. But sources yarn say the guy, Meni don dey suffer an undisclosed ailment for months and dey receive medical attention in his home state of Bayelsa.

Until em die, Mena na the chairman of traditional council of chiefs  in Otuoke community of Bayelsa State.